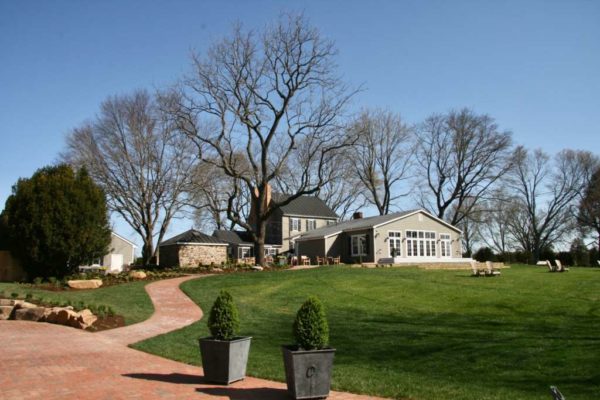 A couple who have called Reston home since 1986 opened a winery called Fleetwood Farm Winery in Leesburg last month. The owners, Skip Edgemond and Jamie McClellan have raised three children in Reston and decided to start a winery near home so it would be easily accessible to friends and family in Reston.

Continuing the tradition of making the winery a Restonian affair, Dave Williams, the general manager, is also a Reston resident since 1999. Williams lives with his wife and three children in the community.

The winery, located at 23075 Evergreen Mills Road, will kick off a “Farm to Fleetwood” series on Friday. Chef Michael Kozich of Bluewater Kitchen of Bluewater Kitchen will prepare dishes for guests to pair with wine. Acoustic Soul will perform live music from 5-9 p.m.Co-owner Edgemond is also the founder of Greenworks, Chantilly-based landscaping company and nursery, which he founded in 1986. He also serves on the board of Access National Bank.

The winery offers six Fleetwood wines and a rotating series of premier wines from around the world, Williams said. It extends off of the manor house on the property and contains two tasting rooms and a balcony that overlooks the landscape and vineyard. The couple hopes to preserve the history of the estate, which was originally owned by Colonel William Ellzey. Ellzey had envisioned to produce wine on the property.

“Fleetwood has always been destined for wine. We are just continuing the story,” said Edgemond. McLellan hopes the winery will remain a family affair “for generations to come.”