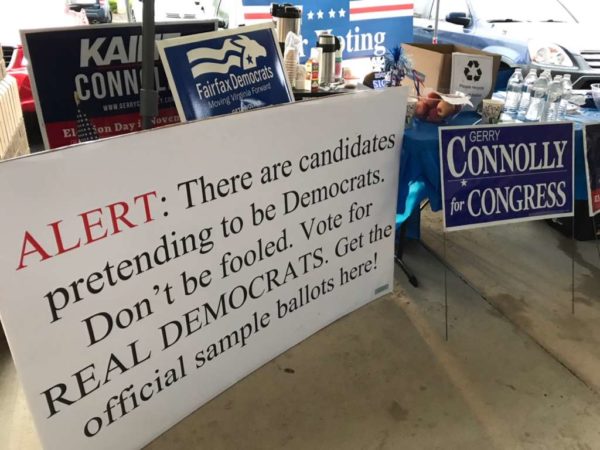 Town of Herndon Mayor Lisa Merkel severed ties with the Fairfax County Democratic Committee this week in response to “Trump-like” campaign signs that asserted candidates were “pretending to be Democrats.”

Merkel, a Democrat who has been served as the mayor since 2012, resigned from the committee a day after the election. 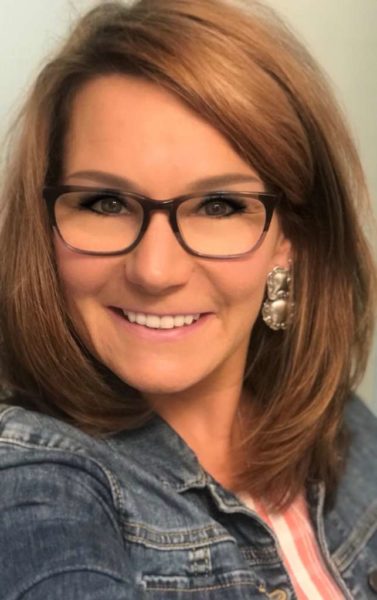 “I cannot in good faith be a part of a committee that condones such negative campaigning and untrue messaging about its own members, especially at the polls and with my constituents.  I consider myself a Democrat, particularly in the Trump era, but I will no longer be associated with the Fairfax County Democratic Committee,” Merkel wrote in a statement to Reston Now.

She said the signs were divisive in a written statement to the county committee and the Dranesville District Democratic Committee:

I must admit that I was most disappointed to arrive at the polls in Herndon yesterday to see the attached very large committee-approved signs asserting that there were candidates “pretending to be Democrats.”  This is appalling behavior, and I expected better of my party.   Many of the candidates running for town council were still dues-paying members of FCDC and the Dranesville committee on Election Day.  I wonder what our Congressman and Senator would think of seeing their signs seemingly associated with this kind of untrue, Trump-like “Fake News” scare tactic?  My guess is they would not appreciate it, particularly given that I was pleased to receive the personal endorsement of both Gerry Connolly and Tim Kaine, along with every other Virginia Democratic elected official that serves the Town of Herndon.  I think that speaks to years of relationships building and working together on behalf of the residents of Herndon.

Additionally, I’m not sure if you are aware but  Herndon Voices, a PAC owned by one of your endorsed candidates, distributed materials at the polls endorsing known Republicans along with another non-FCDC endorsed candidate.  Does this set well with the committee and the required-for-endorsement pledge to only support the endorsed candidates?

In a statement to Reston Now, Dan Lagana, chairman of the Fairfax County Democratic Committee, said the signs were not authorized by the committee

“The signs were not authorized nor produced by the Fairfax County Democratic Committee. I wish Mayor Merkel the very best and want her to know that the door is always open. However, I strongly urge both the Mayor and Herndon Town Councilmembers-elect to set aside personal differences and work collaboratively on behalf of the residents of the Town of Herndon,” Lagana wrote.

more stories
Previous
Giant Food on Elden Street Relocates to Centreville Road
Next
What’s Going On In Reston This Weekend?