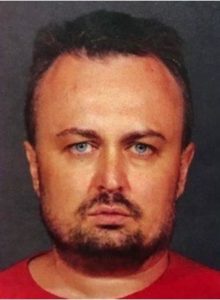 (Updated at 10:28 a.m.) Police arrested Osman Osman, a 37-year-old resident of Herndon, in Manhattan Beach, New York yesterday (Nov. 27) in connection with the assault and abduction of his wife and child, according to the Fairfax County Police Department.

“Osman was arrested in [New York] for charges related to the assault and abduction,” FCPD 2nd Lieutenant John Lieb told Reston Now. “NYPD will need to be contacted for clarification on any local charges he may face there.”

Detectives from the FCPD’s Major Crimes Bureau worked with the New York City Police Department and the United States Marshal’s Task Force to locate Osman and take him into custody, the report said.

Detectives had said they believed Osman headed to New York after the assault and temporary abduction, which happened on March 24 in Chantilly.