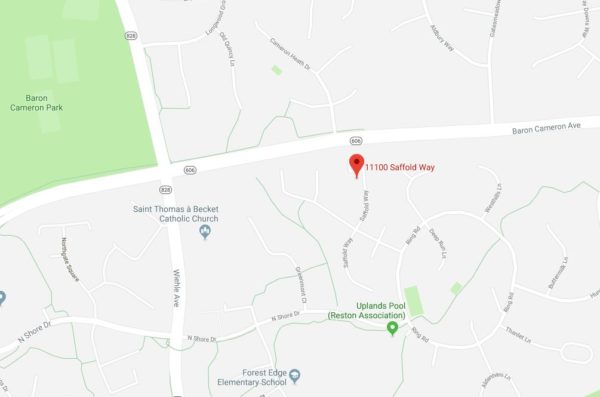 A fire broke out in a Reston townhouse on Sunday evening after an electrical malfunction with the wiring leading to a ceiling heat lamp fixture in the bathroom.

The four people in the house saw smoke appear from a vent in the bathroom, shortly after 8:35 p.m. on Dec. 9, according to Fairfax County Fire and Rescue.

Firefighters extinguished the fire, which had spread to the walls and the attic, but because of the damage, the four people were not able to stay in the house.

On Sunday, December 9, at approximately 8:35 p.m., units were dispatched for a reported townhouse fire in the 11100 block of Saffold Way in the Reston area of Fairfax County.

Units arrived on scene of a two-story, middle unit townhouse and observed fire showing from a vent in the roof. Crews entered the home and quickly located a fire in the walls and attic. The fire was extinguished. There were no reported civilian or firefighter injuries.

Fire Investigators determined that the fire was accidental in nature and started in the attic space above a second-floor bathroom. The cause of the fire was an electrical malfunction with the wiring circuitry to a ceiling heat lamp fixture in the bathroom.

Four occupants were displaced because of the fire. Red Cross assistance was offered and accepted. Damage as a result of the fire is estimated to be $92,500.