Timothy Chapman, the managing member of Reston-based Chapman Development LLC, entered the race to become the next chairman of the Fairfax County Board of Supervisors.

On Dec. 6, Chairman Sharon Bulova revealed her plans to retire after her term ends Dec. 31, 2019. That same day, Lee District Supervisor Jeff McKay, a Democrat, announced his intention to succeed her, the Fairfax County Times reported. 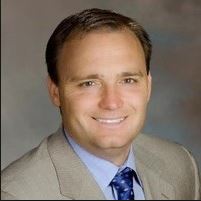 Now, Chapman has joined the race to become the county’s next chair with a Facebook post on Tuesday (Dec. 18) indicating that he plans to run as a Democrat.

Chapman wrote in the post that he wants to offer an “alternative path” to bring changes to one of the country’s wealthiest counties.

“[The county] has settled for effectively ignoring a crisis in affordable housing, sending its children to school in trailers, for not paying our teachers and firefighters and police officers what they deserve, and for the horrific traffic that imprisons us in our cars and steals away precious moments with our children and families,” he wrote.

As far as my political views, through the years I have voted for and donated to Democrats, Independents and Republicans. Now, I am so disgusted by today’s out of the mainstream Trum-publicans that I realize the only successful path forward is the compassion of a strongly progressive Democratic platform. It’s essential that we fight for the little guy against often rigged politics which seem to benefit the wealthy and well connected, while leaving those hard working families who are the backbone of Fairfax County to struggle to make the everyday choices that many of us take for granted.

My own life experiences have taught me to have an overwhelming, unwavering compassion for the less fortunate. I know what it feels like to be judged rather than understood, to experience the pain, fear and anxiety of being homeless. But I have also enjoyed, and continue to enjoy, an inherent privilege which afforded me the opportunity for a second chance and another second chance. Without question, I have worked hard for every step forward I have accomplished, and I own every step backwards I have caused myself, but to ignore or deny this privilege would be like denying climate change. I am living proof that with grit and determination, one, if provided the opportunity, can overcome obstacles and succeed beyond their wildest dreams. I now live in Vienna with my wife and our 5 children. I’ve built a successful affordable housing development company. I chaired the Virginia Housing Development Authority at the request of Governor McAuliffe.

Records from the Virginia Public Access Project show that Chapman has indeed donated to politicians from both sides of the aisle. He gave $50,000 last year to Democrat Tom Perriello and $15,000 in 2013 to Republican Kenneth Cuccinelli for both men’s unsuccessful gubernatorial campaigns.

Other donations include $15,000 to Ralph Northam’s gubernatorial campaign and then $25,000 to Northam’s 2018 inaugural committee.

Back in 2005, he gave $4,000 to Republican Sean Connaughton’s unsuccessful bid to become the state’s lieutenant governor.

His Chapman Development bio says he has “an extensive background in multi-family development and tax-credit communities” and that he served in the 3rd U.S. Infantry’s Presidential Honor Guard.

Previously, Chapman chaired the Virginia Housing and Development Authority, according to a Bloomberg profile.

The upcoming election for the county’s Board of Supervisors will take place on Nov. 5, 2019.