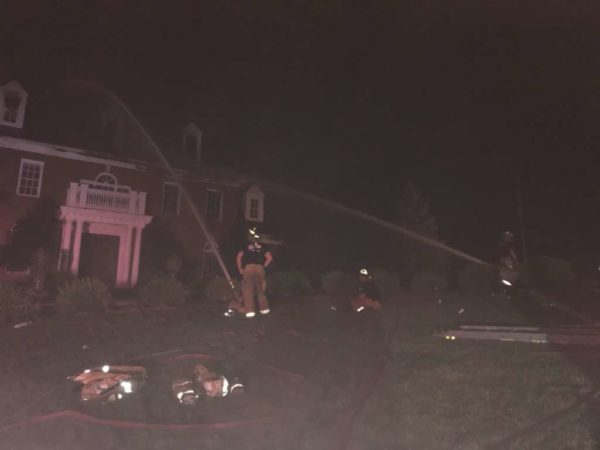 A fire at a home in Great Falls caused nearly $1.3 million in damages on Saturday (June 29).

One firefighter suffered minor injuries and two residents were displaced after the fire broke out late Saturday night.

The incident happened on Clarks Branch Road in Great Falls. Firefighters were on the scene for several hours.

A spokesperson for the Fairfax County Fire and Rescue Department told Reston Now that the cause of the fire is unknown.

More updates will likely be available today, according to the spokesperson.

UPDATE from house fire on Clarks Branch Road in Great Falls: fire is under control. Crews are still hitting hot spots. Firefighters will be on scene for several more hours. #FCFRD #FairfaxCounty pic.twitter.com/NN9S7Y9TG0