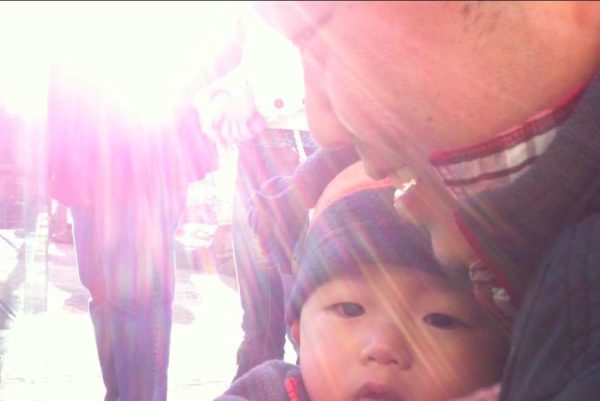 Friends and family have launched a GoFundMe campaign to raise money for Chang’s son Benaiah.

Chang, 38, of Ashburn, died after his motorcycle crashed near a wooded area along Alliance Drive in Fairfax. A groundskeeper discovered his body on August 22. He was reported missing on August 19.

“Simon will be remembered for his spirited energy and enthusiasm. He had a gift of blessing those around him with his encouraging words and humor. His laugh was contagious and brought people together,” wrote Greg Lee, the campaign’s organizer. “He served God with passion and sacrifice wholeheartedly as a missionary for International House of Prayer. He had a passion for positivity influencing the youth as a teacher and basketball coach for South Lakes High School. He was dearly loved by those who knew him.”

Chang was an emotional disabilities teacher and basketball coach at SLHS. Kim Retzer, the school’s principal told Reston Now that Chang will be remembered for his caring personality.

“Mr. Chang was a beloved staff member who touched the lives of the students he taught and coached. He will be remembered by students and staff alike for his caring nature and he will always be a part of the Seahawk family,” Retzer said.

Although Chang had only been with the basketball program for a short time, Andrew Duggan, the school’s assistant director of student activities said he had a big impact on the time.

“He was a valuable person in our program for the last three seasons. While his time in our program was short, he had a big impact on our players.  His contribution on the court and classroom will be missed at South Lakes,” Duggan said.

Proceeds from the GoFundMe will facilitate Benaiah’s “healthy growth and development.”