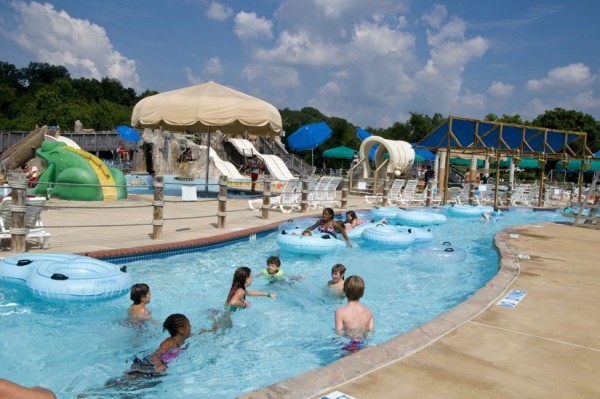 The Water Mine Family Swimmin’ Hole at Lake Fairfax Park has been named one of the region’s best waterparks by Washingtonian Magazine.

The publication, which made different selections based on the type of waterpark, wrote that the water mine was one of the best in the area for children between ages 7 and 11.

The Fairfax County Park Authority wrote the following about the waterpark:

The Water Mine captures the excitement of the Old West’s Gold Rush with themed attractions including more than an acre of slides, flumes, sprays, showers, floatables, and an interactive water playground. Kids can careen off covered wagons, float on wild animals, dash through showers tipped from water-filled ore carts, or float along the Rattlesnake River, a 725-foot lazy river. The centerpiece is Pete’s Peak, a craggy mountain featuring water slides of various size and intensity.

Although the water mine will be open tomorrow (Friday) from noon to 6 p.m., it goes to the dogs with a season-ending event on Saturday (September 7) to benefit the Fairfax County Animal Shelter and the Fairfax County Park Foundation.