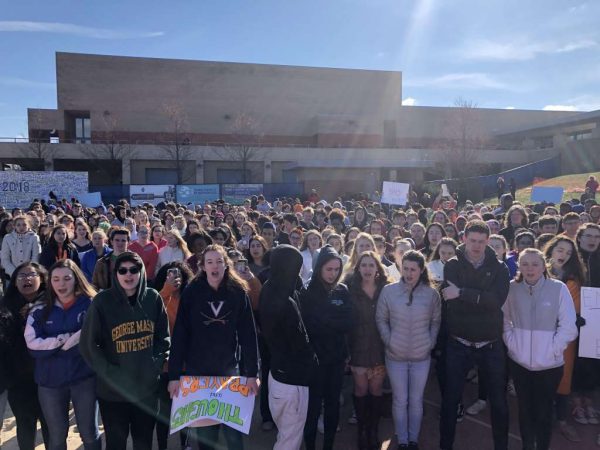 The Fairfax County School Board is considering a plan to grant middle and high school students an excused absence for taking part in protests, rallies and walkouts.

The board’s governance committee discussed the proposal earlier this week. If approved, students would be given one excused absence from school per year to take part in “civic engagement activities by providing prior notification to the school with evidence of a sponsored/organized event or activity,” according to the draft proposal.

In a letter submitted to the board in February, board member Ryan McElveen said county schools enforced inconsistent policies when students organized walkouts in response to recent school shootings. He wrote the following in his proposal to the board:

A year ago, the devastating tragedy in Parkland galvanized students, parents, and citizens around the country to call for an end to gun violence, a powerful movement demanding action by our elected representatives that continues to this day. The Fairfax County School Board amplified this advocacy through our Resolution on Gun Violence Prevention, which became a national model for School Board resolutions around the country. School systems cannot oppose nor endorse any specific calls to action, but they are constitutionally obligated to recognize and uphold the first amendment rights of students choosing to engage in political activities that do not infringe on the rights of others or disrupt the instructional day. While FCPS provided guidance to schools about how to respond to students who wanted to walkout in support of gun violence prevention in 2018, there was inconsistent enforcement of those procedures in schools, including how schools designated excused student absences. I have spoken with many community members who would like clearer policy guidance in the event of future civic engagement activities.

The discussion is expected to continue on October 2.

At a September 4 meeting, board members sought to ensure that the proposal would not interfere with the school system’s efforts to curb chronic absenteeism. The school board is still seeking information on the absenteeism status of the county’s schools, whether or not other school districts have adopted similar proposals and the projected impact of the proposal on absenteeism.

More Stories
Reminder: Send Reston Now Your Op-Eds and Letters to the Editor‘Dog Daze’ Water Park Event and More This Weekend in Reston