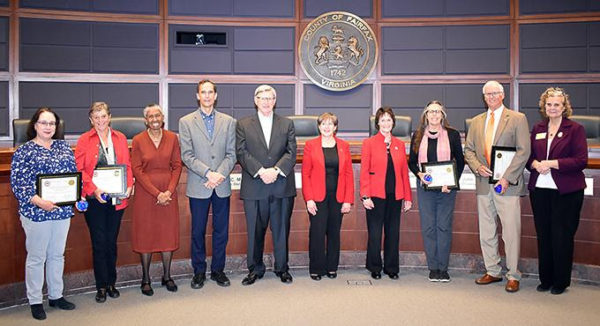 The Reston Annual State of the Environment (RASER), a report compiled by nine people, won an Environmental Excellence Award from Fairfax County.

The report covers air, water, forests, meadows, wetlands, landscaping, urban agriculture, wildlife, hazardous materials, light and noise pollution and education in the Reston region, the Fairfax County website said. RASER was founded in 2017 and consists of professionals and citizen scientists who volunteer their time to synthesize the 325 data sources, the website said.

From the 2018 report, the group said Reston should focus on improving urban forests and community access to nature, which they say improves wellbeing for people in the area. The group sent in an application for the Biophilic Cities Network Program and drafted a pledge that residents can take to become more nature-friendly.

Based on other findings, they followed through on a biological diversity study in the area, called a BioBlitz, which cataloged more than 600 species of plants, animals and organisms.

“Through these and other actions, the RASER Working Group has established a strong foundation for the assessment and enhancement of Reston’s ecological resources and helped to create well-connected urban landscapes where nature and community members can thrive,” the Fairfax County website said.

In total, the report took volunteers more than 2,000 hours to complete, according to the website.

The nine members primarily responsible for compiling the report were invited to a ceremony on Tuesday (Oct. 22).

More Stories
Pet of the Week: Coal and Lacey‘Matilda’ Coming to NextStop Theatre in Herndon