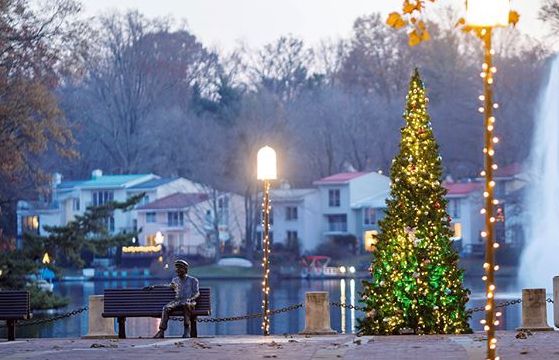 Restonians have banded together to launch “Light Up Reston,” a community-wide initiative that aims to encourage residents to support charities and decorate homes for the holidays.

The initiative aims to show residents’ community spirit and raise funds for Public Art Reston, Friends of Reston, and Cornerstones. It draws inspiration from Lake Thoreau Entertainment Associations’ “Festival of Lights,” which raises money for local charities and brings lights to the lake.

This year, residents — some friends and others strangers — decided to spread the initiative throughout the.

“With expanding this effort across Reston, we are hoping to raise holiday spirit as well as  awareness of these wonderful Reston based charities by raising $25,000,” said Mary Prochnow, one of the organizers.

So far, $400 has been raised as the initiative kicks off. Last year’s “Festival of Lights” raised more than $8,500 for local charities.

Residents can donate funds to charities by contributing the dollar amount used to put up holiday decorations, the number of homes decorated in your neighborhood, or the number of times residents’ have thought about falling off a ladder while putting up lights.

Melissa Romano, who is also helping organize the initiative, said Restonians involved in lighting up Reston were drawn by their common desire to promote “great events in Reston.”