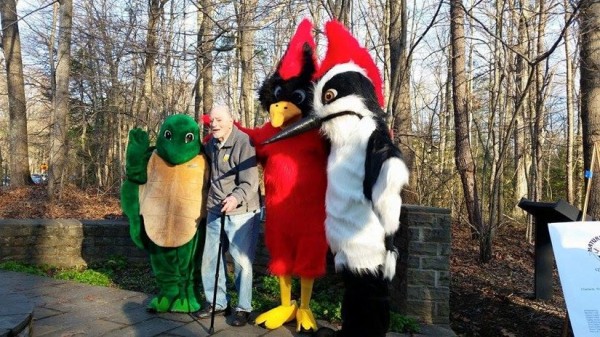 This Sunday (Dec. 8), the Walker Nature Center (11450 Glade Drive) will celebrate the 10th anniversary of its indoor facilities.

The center invites the community to come by its Nature House for an afternoon of nostalgia and celebration from 1 to 4 p.m. The event features live music, guest appearances from Santa and the center’s mascots, ornament crafting, sing-alongs and a cake-cutting ceremony.

The event organizers also ask that attendees bring along photos that they’ve previously taken and hang them to a wall along with written notes about memories surrounding the center, which will be on display through January.

A cake-cutting ceremony will take place at 1:15 p.m. and Santa is expected to arrive around 3 p.m.

Before the Nature House opened in 2009, the center was forced to turn people away due to a variety of reasons, Katie Shaw, the center’s manager said. Inclusion of the nature house was a gamechanger, she said.

The implementation of the facility allowed the center to host guests and student groups regardless of inclement weather, which Shaw said often left dozens of kids disappointed when their field trip was canceled.

“The fun goes on, the learning goes on. It has been wonderful,” she said.

Though the Walker Nature Center is nearly as old as Reston, Robert Simon included a suggestion for an indoor nature facility in his original plans, which was finally built thanks to financial assistance from the Friends of Reston.

Now, the center includes on-site naturalists to answer community questions, running water and plumbing, seasonal programs for all ages, event space and even an environmental film series for adults.

“Our environment, especially here in Reston, is under a lot of pressure now,” Shaw said. “Having this center here in the middle of this community engages people in something bigger than themselves.”

Photo via Friends of Reston