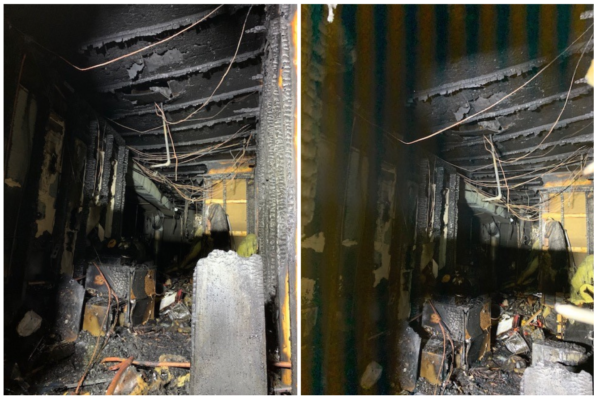 Fairfax County fire investigators say that an electrical event caused the house fire in Reston on last Monday, which resulted in thousands of dollars worth of damage and displaced four residents.

“The fire was swiftly contained and extinguished,” Fairfax County Fire and Rescue said in an update today (Monday). “There were no civilian injuries reported. One firefighter suffered a minor injury and was transported to an area hospital for a check-up.”

Three people who were home at the time of the fire safely evacuated after the homeowner smelled smoke, the fire department said.

“Fire Investigators determined that the fire started in the basement and was accidental in nature,” the fire department said. “The cause of the fire was an electrical event involving the wiring for the AC disconnect box.”

The fire resulted in damages worth $183,750 and displaced four residents, according to the post.

More Stories
Holiday Closures Around Reston, HerndonReston Association Gearing Up to Upgrade IT Next Year