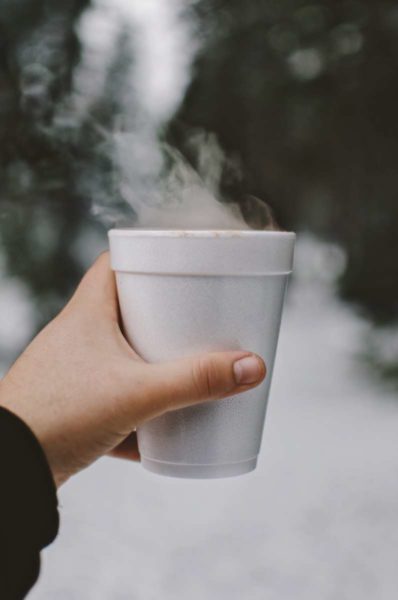 A bill to reduce the use of styrofoam use by food vendors in Virginia cleared the state House with a 55-44 vote on Tuesday (Feb. 11).

Plum proposed a similar measure that was incorporated into Carr’s bill.

Styrofoam products — which are also known as polystyrene — are not biodegradable and take up a significant percentage of space in the state’s landfills.

Environment Virginia, an advocacy organization that is part of Environment America, applauded the vote:

A lot of waste comes from things we don’t need and we know we shouldn’t use, such as foam cups and take-out containers. This trash ends up in our open spaces and waterways, where it endangers wildlife. Polystyrene never breaks down, so it harms our environment for decades. Nothing we use for five minutes should pollute our planet for generations to come.

Environment Virginia has talked to tens of thousands of Virginians about plastic pollution and polystyrene and has collected more than 50,000 petitions calling on our leaders to take action on this crucial issue. Virginia’s leaders in the House of Delegates listened today and we look forward to our leaders in the Senate doing the same.

The ban will not apply to public schools and correctional facilities. Localities can also step in and provide one-year exemptions to individual food vendors if the proposal causes “undue economic hardship.”

All violators will be charged a $50 fee for each day of violation, which would be reused for lottery control and recycling projects.

The state Senate will consider the bill at a date that has not been announced yet.

More Stories
Where to Find Valentine’s Day Events Around Reston, HerndonReston-based IT Company to Take Part in Veteran Employment Program