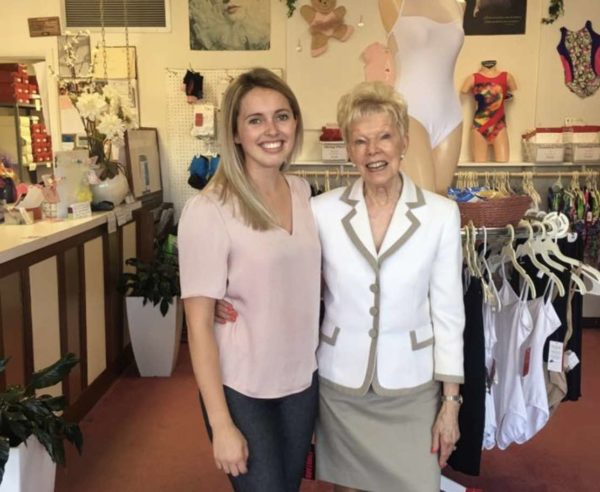 Before Esther Hanes died from cancer last year, she handed down the Cinnamon Tree to a new owner, who is now moving the shop to a larger spot in Herndon.

The dance supply shop is moving down the street to a vacant spot at 305 Spring Street after 42 years at 1108 Herndon Parkway, according to Caitlin Kenney, the shop’s new owner.

People are invited to celebrate a grand opening on Saturday (March 7) from 10 a.m. until 4 p.m. after a soft opening on Friday (March 6).

The grand opening party will include music, a swag bag for the first 25 customers, specialized fittings and other promotions, according to Kenney, who is in the midst of party planning.

The new location will include over 2,000 square feet of space, Kenney said, adding that the shop will now also include costume consignments.

The shop carries dance clothing for men, women and kids, and everything sold at the Cinnamon Tree will be professional brands, according to Kenney, who said she prides herself about the items’ quality.

“I don’t want my name on something that will fall apart,” she said.

As a little girl, Kenney said she was a regular and often visited with her own mother.

Kenney began working at the shop when she was 14 and said Hanes, the shop’s founder, was eager to keep her on board. She often spent time at the shop and worked various shifts when Hanes was feeling ill later in her life.

When Hanes retired, almost giving up her business after she had been diagnosed with cancer, Kenney stepped in to defend the shop and offered to take ownership.

Hanes almost closed the shop because of a drop in sales from online shopping, Kenney said. “I wasn’t willing to let the business go,” she said.

Today, people still stop by the shop to check-in on Hanes, Kenney said, adding that the elderly woman had a huge impact on the community around her and always knew how to make a welcoming impression on customers.

With the upcoming grand opening, Kenney said she is excited for the overdue move, saying that “the landlord just did a huge facelift on the exterior of the building and it’s stunning.”