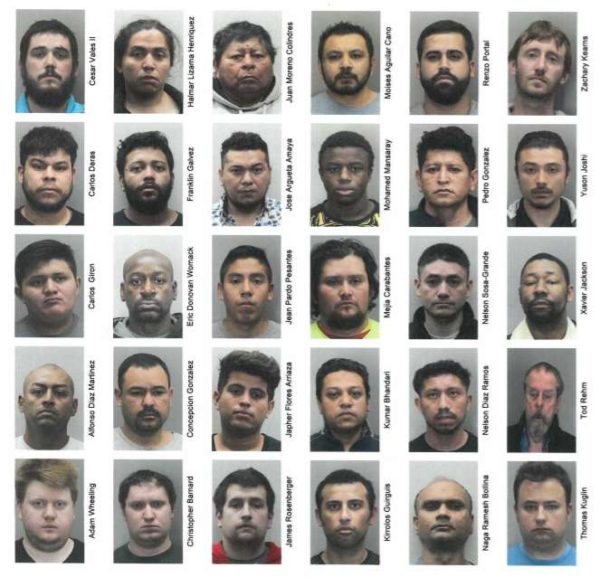 Two local residents are among 30 men arrested earlier this month during an online sting to track predators who used the internet to exploit children.

In the investigation — dubbed Operation COVID Crackdown — offenders were caught when they attempted to initiate explicit conversations and solicit sex from police officers posing as children.

When the individuals arrived at locations identified by the offenders, they were taken into custody.

“Our detectives have remained vigilant and they recognized the increased threat posed by online predators in recent weeks,” said Major Ed O’Carroll, Bureau Commander, Major Crimes. “I commend their ability to adapt during this unprecedented public health pandemic and to do so in the interest of protecting our children and bringing justice to those who commit these repugnant crimes.”

With distance learning in effect, police officers are encouraging parents to closely monitor their children’s online activities and use security settings to block inappropriate websites and platforms.

School closures and the implementation of distance learning have increased many children’s online presence and inadvertently placed them at higher risk of exploitation. Parents are urged to closely monitor their children’s online activities and use available security settings to prevent the use of age-inappropriate sites or platforms. Children should be encouraged to report any person engaging in inappropriate conversations or trying to coerce them into providing sexually explicit images of themselves. Additional internet safety information provided by the National Center for Missing and Exploited Children can be found here.