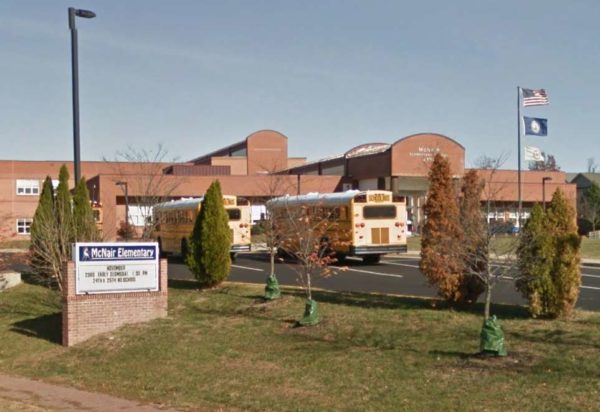 A new elementary school in Herndon that will open in August officially has a new name.

The school system reached out to the community earlier this year to seek comment on possible names for the new school.

Here’s more from FCPS on the process:

In accordance with FCPS Regulation 8170.8, a one-month period of public comment was held beginning January 29, and a community meeting was held on February 19 to solicit name suggestions from the community. Community members also had the opportunity to submit recommendations and feedback via an email link. A public hearing was held on February 20 and, after compiling feedback from stakeholders, Superintendent Scott S. Brabrand recommended on March 5 that the School Board name the new facility McNair Upper Elementary School, the most frequently suggested name by stakeholders. The recommended name aligns with other FCPS paired schools, such as Fort Belvoir Upper and Bailey’s Upper.

Enrollment at the current elementary school has increased steadily from 897 in 2001 to 1,342 in 2016. The new school is intended to relieve current overcrowding at McNair Elementary School.