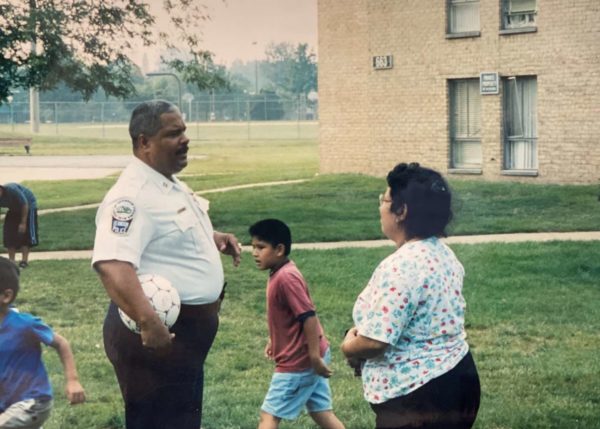 Darryl ‘Smitty’ Smith, the first African American officer hired by the Town of Herndon and a community fixture known for his volunteerism, has died.

Smith, who was hired by the department in 1973 and retired in 2004, made history once again in 2004 when he became the first African American elected to the Herndon Town Council. He served as vice mayor from 2004 through 2006.

After his retirement, Smith served as the police chief o the Purcellville Police Department for nine years. He lived in the Town of Herndon with his wife, Maria.

The Town of Herndon’s Police Chief Maggie DeBoard wrote the following about Smith:

“Daryl spent much of his life as a highly respected law enforcement professional in service to the Herndon community before moving on to Purcellville. He will be forever remembered for his huge heart, compassionate nature, and sincere commitment to improving the lives of our youth in town. Our HPD family sends our sincere condolences to his wife, Maria, and the entire Smith family.”

Smith was first hired by the police department in April 1974 as the first detection and youth crime prevention officer. He rose to the rank of captain by September 2004. He founded Neighbors United, a volunteer after-school program to provide a safe haven for local youth. In 1998, he received the Virginia Municipal League Achievement Award — one of the most prestigious awards in local government.

During his time on the council, Smith was a staunch advocate for public improvement projects like downtown planning, revitalization of the town’s older neighborhoods, Sugarland Run Trail and Jefferson Street Park, and the expansion of the Herndon Community Center.