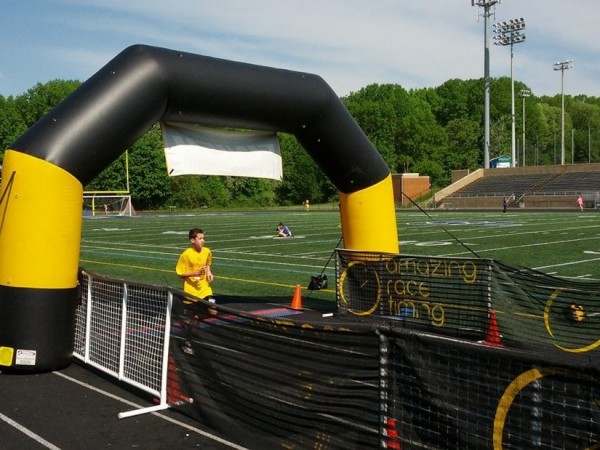 This year’s Reston Youth Triathlon, an annual event organized by the CORE Foundation, will proceed for its 10th anniversary, but with a twist.

Due to the COVID-19 public health crisis, the nonprofit organization will host a virtual duathlon where races will complete a run-bike-run course. Parents will determine where their children will complete the race using distance requirements set up by the organization.

Racers will select the day and time they wish to complete the race between May 10 and May 17. All times will be reported to the Facebook event page.

All registered racers will receive a race shirt, medal, and a tenth-anniversary commemorative headband, which will be distributed at a date. Registration is open online. The virtual duathlon also includes two new categories: an age bracket for 16-to-19-year-olds and a family team relay that’s open for all ages.

A breakdown of course requirements is below:

The Be AMYazing Reston Youth Triathlon was founded by youth and is coordinated by Amy’s Amigos, a group of 12-year-olds who offered support for their friend, Amy Boyle, as she battled brain cancer. The group, which was founded in 2008, held the first Reston triathlon for children in May 2011 following Boyle’s passing.

To date, the event has raised $125,000 for Childhood Brain Tumor Foundation.