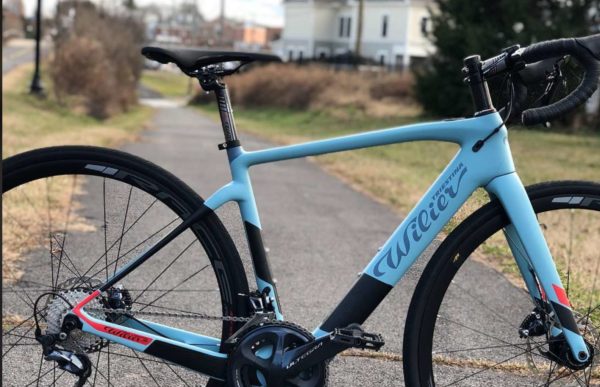 When Metro stations started shutting down and people grew uncertain about other modes of public transit after the COVID-19 pandemic hit, Green Lizard Cycling co-owner Beth Meyer said that people turned to cycling for their transportation needs.

Green Lizard Cycling, a locally owned Herndon-based business that is known for customizable bicycles and an on-site cafe, has been out of family-style and entry-level road bikes for over a month, according to Meyer.

“Instantly out commuter base tripled at least,” she said, adding that this has been the case for almost all locally owned bike stores.

“Everyone all over the country has sold out their bicycles basically,” according to Meyer. “You can still get high-end road bikes and mountain bikes but I don’t think we have a bike under $1,400 right now.”

To make up for the shortage, people have been bringing older, antiquated bikes in for repair, Meyer said, adding the shop also asked suppliers if they’d consider releasing their 2021 models earlier.

She said that the vendors agreed to move up their release dates and people can expect new lines to appear in the store by mid-July.

Because of high demand for service, anyone who brings in a bicycle for repair should expect longer wait times, she said.

As of Sunday (June 14) the average wait time for a typical repair at Green Lizard is about 10 days but Meyer said that she’s heard that some weeks backlogged by seven weeks.

Since many shops around the area are experiencing similar trends, the bicycle shop supports each other whenever possible by trading parts.

Despite the wait, Meyer asked that customers be patient with the shop and mechanics — since they’ve never seen demand like this and are working diligently to fill requests.

People are nervous about the pandemic and uncertain about the future, she said, adding that everyone processes these emotions differently and it can lead to inpatient and agitated customers.

Online reviews have dipped because new customers are frustrated that sometimes the shop has to source parts from across the country to fit niche needs — which takes time, according to Meyer.

“We want to do the work and we want to do it correctly,” she said. “If you’re going down a hill at a high speed, that’s your life in our mechanic’s hands. Our guys take that very seriously.”

Since the shop’s founding seven years ago, Meyer said that most of the shop’s mechanics have worked there since the beginning and are extremely knowledgeable.

One of the techs was once on the Brazilian Olympic Cycling Team and another mechanic worked for the US Paralympics, US Olympic Team and UnitedHealthcare Professional Women’s Cycling Team.

“It’s been such a crazy time for us,” Meyer said. “Don’t get frustrated with your local bike shop. We are trying our best.”

For those hoping to get outdoors and beat the “depression doldrums that 2020 is causing,” cycling is a great option, according to Meyer, who added that there is a great regional community for cyclists in the area.