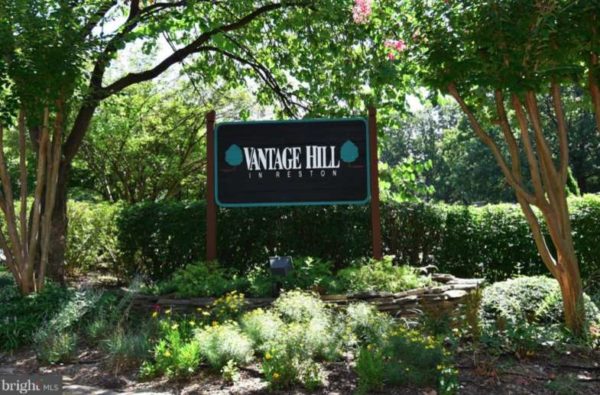 Craftmark Homes, a homebuilding company with properties in the region, hopes to redevelop the pool, which has been closed for the last seven years, into a site with 31 townhouses. Proceeds from the development would help find improvements and maintenance that the condominium’s leadership says are sorely needed. The site was, which has 152 units spread out across 24 buildings, was one of Reston’s first housing projects and offers workforce housing.

Rob Schuman, the community association’s president, said the future of Vantage Hill is extremely uncertain of infill development does not proceed. The community’s aging infrastructure is difficult to main, operate, and needs to be repairs. The area is also shifting toward rental units with high homeowners’ association fees.

“If we don’t find a way to get access to the cash for this rebuild, this is a bad trajectory for Vantage Hill,” Schuman said.

The project highlights the challenge of redevelopment and infill development area’s outside of Reston’s transit-oriented core.

At a meeting in late June with Reston Association’s Design Review Board, members said they were concerned about how close the townhouses are to the road, the loss of tree canopy, and the orientation of the row of houses towards the street.

“The density is just far too high for the site,” said DRB member Michael Wood, adding that he is not opposed to the development overall.

Others said they were concerned that townhouses facing the street would create set a dangerous precedent for other infill development.

Some struggled with the challenge of incorporating the new development into 1960s-era housing by adhering to Reston’s core design principles while also giving the developer the flexibility needed to build a new product.

Mark Looney, an attorney representing the developer, stressed that the community, RA, and the county would have to work with Craftmark if infill development is preferred instead of completely redeveloping the site.

“I don’t know if any community — inner city or suburb — can remain the same for 100 years without adjusting or changing along the way,” Looney said at the meeting.

The developer has presented preliminary design concepts to Reston Association. At the DRB meeting on June 30, Looney said the developer sought to get “buy in” on its proposal and how to move forward.

He added that the developer is trying to honor the 2.1-acre site, which has challenging topography due to its grade, by pitching a creative design.

“There’s only a small ability to vary the design from what Craftmark has shown,” Looney said.

The proposal has not been formally filed with the county yet.