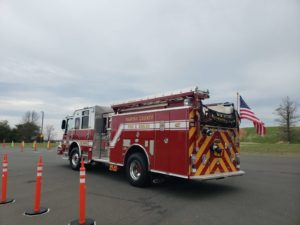 Seven residents have been displaced following a house fire on the 1400 block of Bayshire Lane in the Town of Herndon on Oct. 18.

Fire investigators ruled that the fire in the single-family home was caused by an unattended candle. Information about the incident was released today (Monday). The c candle was left burning in the master bathroom,  according to the Fairfax County Fire and Rescue Department.

The incident caused roughly $93,750 in damages. Seven people were at home when the fire began. No injuries were reported.

FCFRD is reminding residents of the following safety tips: