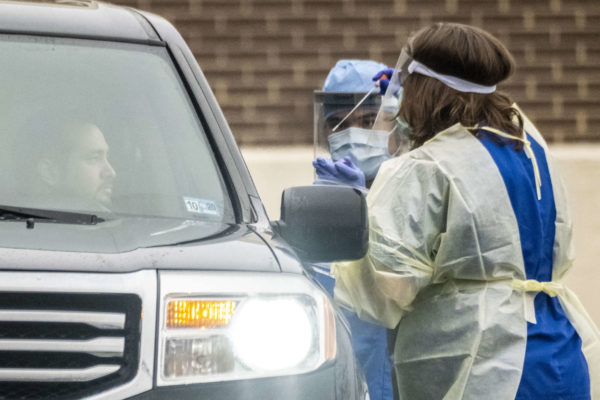 The number of COVID-19 cases in Fairfax County continues to increase with a reported weekly average of cases hovering around the 450-mark. But the data show no signs of acceleration at this point.

In October, the county reported the highest number of weekly cases since Sept. 6, when cases peaked at 494. Since then, 459 cases were reported the week of Oct. 4 and 447 cases the week of Oct. 11. Case rates dipped significantly in June and early August when weekly averages hovered between 308 and 389 cases.

There are no immediate indications of a spike in cases — which is determined when the total confirmed cases are mapped against new confirmed cases per week. In the last month, the familiar story of a slowdown in new cases no longer appears to be the case.

According to county data, in the last three weeks, the rate of new cases charted against the rate of existing cases has stabilized instead of trending downward, which indicates a slowdown in cases. 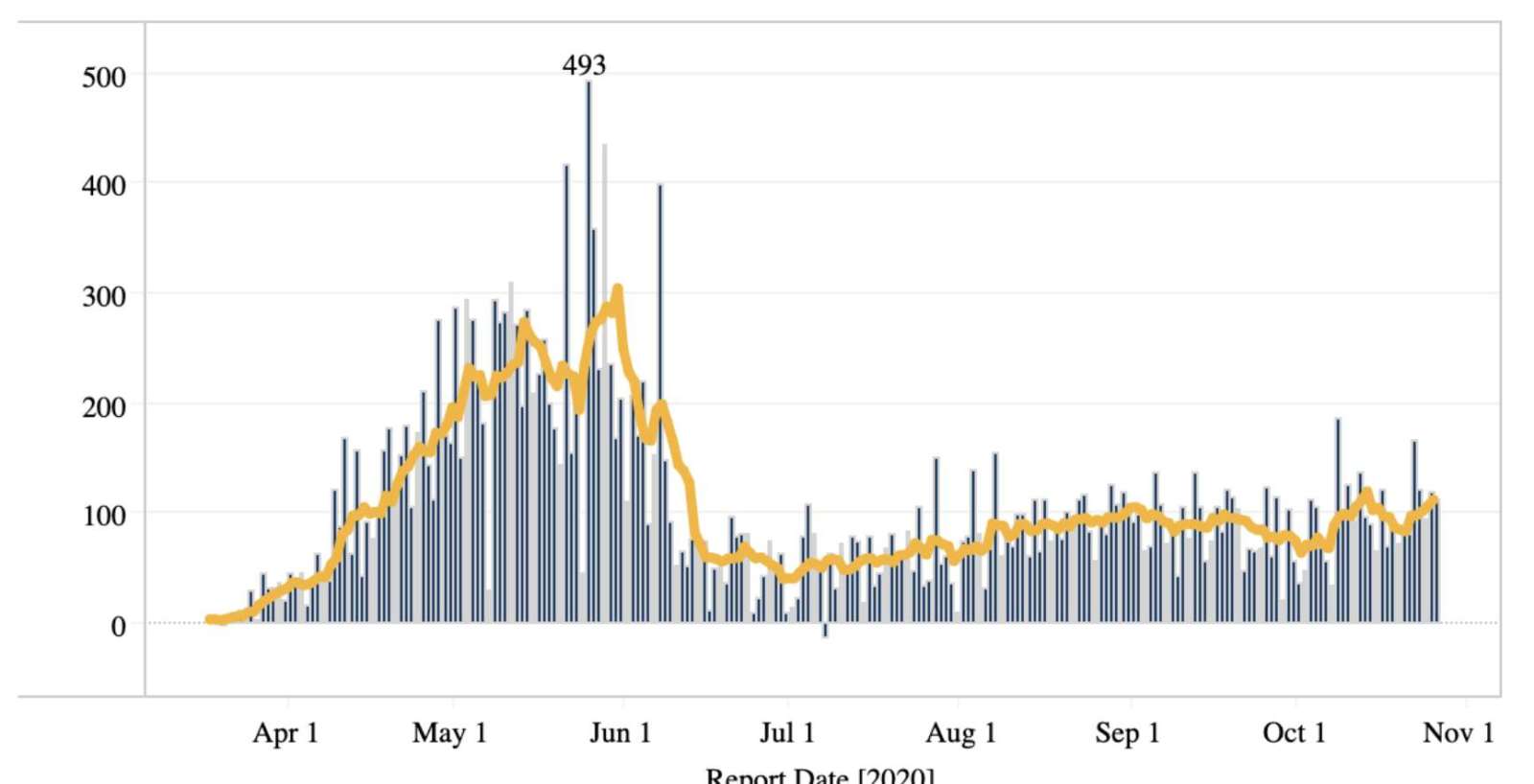 Fairfax County’s case rate — which is measured by cases per 100,000 people — remains comparable to surrounding counties and health districts. Its case rate of 2,039 cases is slightly above Arlington’s case rate of 1,921 cases. Meanwhile, Alexandria has one of the highest case rates in the area (2,635).

It’s unclear how case trajectories may change throughout the region as flu season and colder temperatures come into full swing.

County health officials are urging residents to take precautions during Halloween and planned trick-or-treating activities, which have been flagged as high-risk activities.

Image via Virginia Department of Health