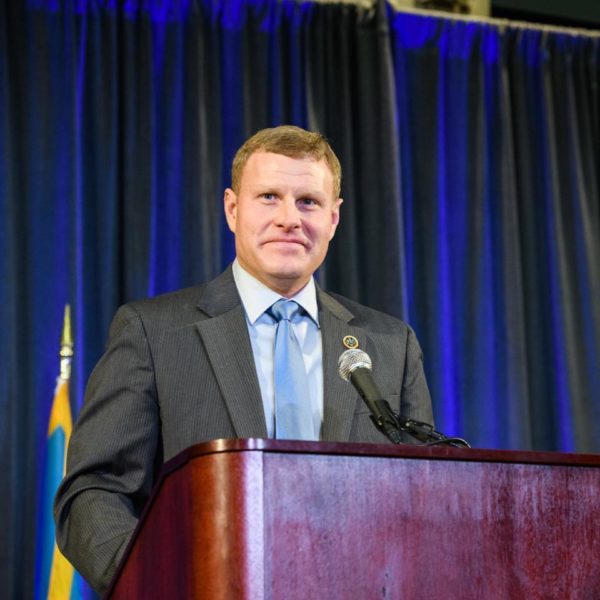 Jeffery McKay, the Chairman of the Fairfax County Board of Supervisors, was elected to serve as the 2021 President of the Virginia Association of Counties (VACo) yesterday.

The statewide group advocates with the state’s legislature for the interests of the Commonwealth’s 95 counties, according to a press release from McKay.

“I’m honored to serve as the next President of the Virginia Association of Counties. Throughout my many years with VACo, I have always considered us to be a large family,” said McKay in a speech delivered to members.

Chairman McKay had led efforts with VACo over the last several years to drastically increase state education funding, transportation funding and ensure the perspective of counties is heard statewide, according to the press release.

“I treasure the many relationships I have built with my colleagues throughout Virginia. VACo is a great way to bring us all together to advance our communities,” said McKay.

This upcoming year, Chairman McKay wants to lead VACo with the same level of equity as that of Fairfax County.

“As a kid riding my bike with friends, I didn’t realize what this meant, but I saw firsthand that where you come from was an important factor for your future success and livelihood. When I got older, I understood that this was wrong,” McKay said.

“This was a driving force behind my decision to begin a career in local government and an inspiration behind the One Fairfax equity policy that I introduced in 2017. This policy has become central to all decision making in Fairfax County by requiring us to look at all policies.”