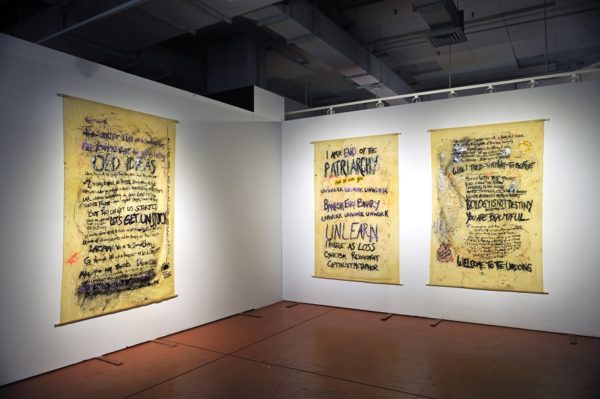 The artists were selected by Guest Curators Zoe Charlton and Tim Doud, the co-founders of ‘sindikit, alongside GRACE Associate Curator Erica Harrison, according to a press release from the arts center.

Artists were invited to submit a proposal for the exhibit using its title as a prompt, in alignment with the project’s commitment to supporting studio research and experimentation emphasizing gender, sexuality and race, according to the release. Artists explored and developed concepts, receiving feedback from the curators.

The ‘sindikit project is a self-funded endeavor that values collaborative practices as artists and educators. The platform includes artist projects and creative community conversations between cultural activators, visual artists and their co-conspirators, said the release. The project was founded on the discussion of socio-political and cultural issues affecting art and artists.

According to the arts center, the exhibit honors the memory of Mary B. Howard, an artist, long-time board member and supporter of GRACE.

GRACE remains closed to the public. For more information, readers can visit their website.