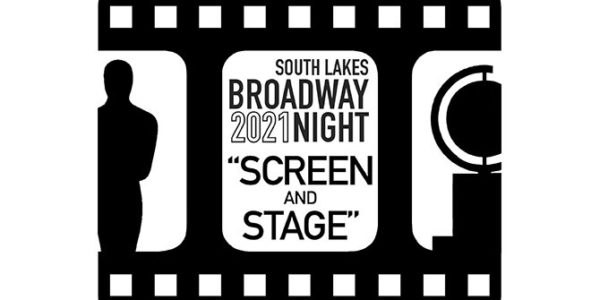 The venue may be different, but there was no stopping this year’s Broadway Night.

The South Lakes High School Chorus and Parents for the Choral Arts are putting on the 16th anniversary of Broadway Night at 7 p.m. on Feb. 27. For the first time, the show will be produced and presented virtually.

The theme of the show will be Screen and Stage, and will feature songs that went from screen to stage or stage to screen. The show will also feature performances from students in fifth through 12th grades from the South Lakes High School pyramid schools.

“Community and love are at the center of the South Lakes choral program, and this feeling is always especially palpable in our annual Broadway Night,” South Lakes High School choral director Rita Gigliotti said.

“The success of this annual show is in the synergy of our extraordinary professional creative team combined with our talented, dedicated students and the love and support of our SLHS community, our Parents for Choral Arts Booster organization, the Reston Community Center, and local community business sponsors.”

The show will feature special appearances from Frank Abagnale, the primary subject of the movie, autobiography and musical “Catch Me If You Can,” and more than a dozen Broadway and film actors.

Broadway Night offers the school’s chorus and performing arts students an opportunity to work with professional choreographers and directors. Given the inability to rehearse and produce the show in person, student performers have worked with directors and choreographers virtually.

Prices are grouped in four categories. A family, group or household virtual stream is $60 and an individual viewer stream is $20. A VIP supporter price is $125 and a student, senior or choral supporter ticket is $10. Broadway Night is supported by ticket sales.

Tickets are available for purchase on the chorus’ site. It is recommended to purchase tickets by 5 p.m. on Feb. 27. If you are unable to watch the performance live, a recording will be uploaded and available for viewing for 60 days after the show.

“Music is a universal language. Its ability to tap into our hearts and souls is widely recognized by the way we feel when we engage in it,” Gigliotti said.

“Music’s ability to synchronize our energy creates community. You are going to feel the community and love of individuals near and far in this year’s show, all coming together to support our performing arts students.”

The performance will also support The Actors Fund, a charitable organization that helps the entertainment industry. Gigliotti also said the performance will be dedicated to front-line workers and those who have been impacted by COVID-19.