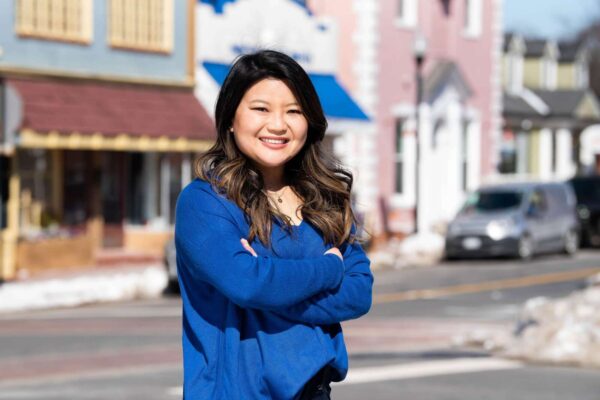 Executive director of the nonprofit Virginia Civic Engagement Table, Shin announced on Feb. 9 that she would campaign for the 86th District seat currently occupied by Del. Ibraheem Samirah, who is seeking his first full term after winning a special election in February 2019.

The 86th District include the Town of Herndon as well as portions of Fairfax and Loudoun counties.

“When I look for leadership in elected office, I look for approachable, community-focused leaders who listen to people first and work to deliver solutions in state government,” Howell said in a statement. “Irene Shin is the epitome of this kind of leadership. Irene will bring effective, pragmatic leadership back to the 86th District, and will represent the Democratic values that we all support.”

According to her campaign website, Shin is the daughter of Korean immigrants and a resident of downtown Herndon. Her political experience primarily comes from work as a community organizer for campaigns, nonprofits, and startups.

In addition to working for VCET, which supports and trains progressive nonprofits and activists, Shin currently serves on the board of the Competitive Commonwealth Fund, which helps recruit and raise funds for Democratic candidates in Virginia.

When she announced her candidacy in February, Shin said that she was inspired to run for office after watching Vice President Kamala Harris get sworn in on Jan. 20 as the first female vice president in U.S. history. According to her LinkedIn profile, she worked on Harris’s Senate campaign in 2015 as a finance director.

“My top priorities as a candidate for the House of Delegates are ending the pandemic and rebuilding Virginia back to be a better, fairer society, finally bringing access to Universal Pre-K for all families, and refocusing the office of delegate on community-based collaborative leadership,” Shin said in a statement to Reston Now.

Shin says she is proud to get Howell’s support, along with endorsements from current Herndon Mayor Sheila Olem and former mayors Lisa Merkel and Mike O’Reilly.

On his campaign website, Samirah says that he sees “improving public health as the central issue that touches all others,” but he also highlights housing affordability, gun safety, and criminal justice, among other topics.

Shin and Samirah will face off in the Democratic primary on June 8. The ballot will also feature a battle for the 36th House District between incumbent Del. Ken Plum (D-Reston) and challenger Mary Barthelson, along with statewide races for governor, lieutenant governor, and attorney general.

Early voting for the primary will begin on April 23 at the Fairfax County Government Center. The first mail ballots will also be sent out that day.

Fairfax County will not have a Republican primary this June. The state party opted instead to select its nominees through a convention with remote voting.

More Stories
Reston Association pools will reopen for the season starting May 15Pet of the Week: Rosa