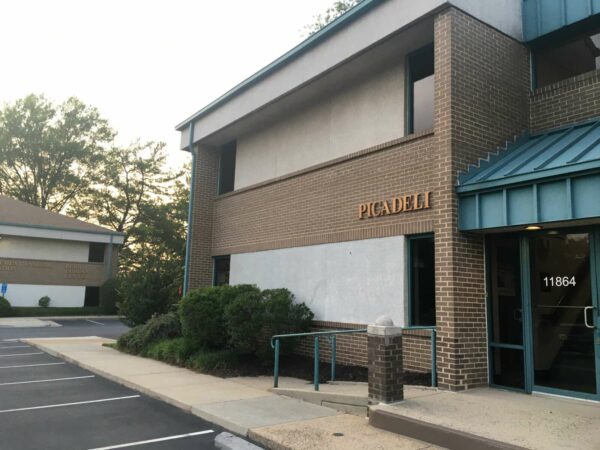 Longtime staple Pica Deli has closed after serving the area for three-plus decades, telling customers that it is a victim of the COVID-19 pandemic.

Started in 1987 by Frank Pica, the business was carried on by his son Tyler Pica and Tyler’s childhood friend Caleb Max, but has now shut down.

“People call every day and ask if we’re going to open up,” Max said. “It really just depends on the real estate market and what’s out there.”

A sign on the store’s entrance says that COVID-19 got the best of them, adding that “hopefully, we will be back when the pandemic is over.”

The restaurant is located at 11864 Sunrise Valley Drive, nestled next to office buildings and tucked away off Reston Parkway.

He told Reston Now he thinks an orthodontist is putting an office there.

Max and Tyler Pica took over the eatery in early 2020 after it was run by Jung Sook Kim for over a decade. A photo even showed the business in 2004 when they were Reston neighbors on a Pica Deli-sponsored little league baseball team.

The business received Paycheck Protection Program or PPP loans for over $17,000 and other assistance, but Max says the exodus of office workers made too great of a deficit.

“The aid was good, but for the restaurants, we were hit so hard,” he said.

If Virginia’s timeline for businesses to reopen had been clearer, Max says he would have closed for much longer than the two-week shutdown that they had in early 2020.

Pica Deli could continue in the form of a food truck in the interim, Max says, but he wants to make sure they’re well past the pandemic before returning to the food industry.