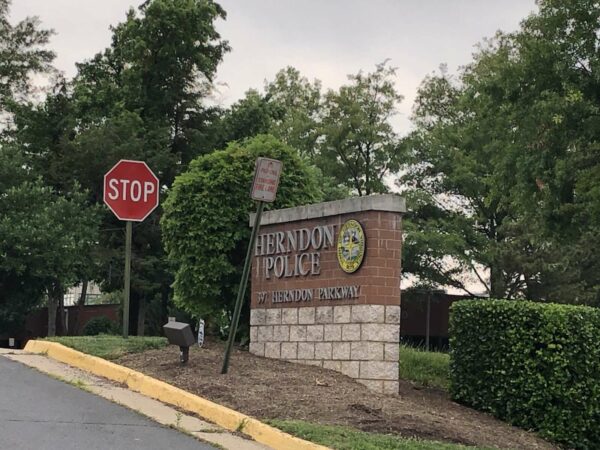 The police department said at 8:38 p.m. yesterday (Sunday) that officers were in the 100 block of Laurel Way investigating what appeared to be a homicide where one victim had died.

“A person of interest is in custody,” the HPD said at that time. “Preliminary investigation indicates there is no threat to public. Avoid area.”

According to Herndon police, officers received a call just before 5 p.m. on Sunday (July 18) requesting that they conduct a welfare check for Haldenstein. They initially cleared the scene but returned around 7:30 p.m. after getting another call that prompted a second welfare check.

“While speaking with Haldenstein, he made comments that prompted officers to check one of the bedrooms, where officers discovered one male victim deceased,” the HPD said. “Haldenstein was transported to Reston Hospital for treatment of minor injuries.”

After being released from the hospital, Haldenstein was taken to HPD headquarters and arrested after being interviewed by detectives. He is currently being held without bond at the Fairfax County Adult Detention Center.

END_OF_DOCUMENT_TOKEN_TO_BE_REPLACED

More Stories
Reno of the Month: Remodeling your mid-century home in Reston? 7 issues worth watchingCOVID-19 cases return to May levels in Fairfax County