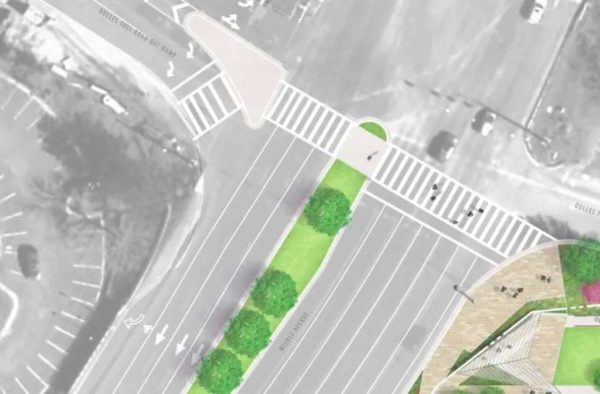 After nearly two years of discussions and 15 meetings, a study group has voted in favor of ditching three pedestrian crossing options offered by a developer of an approved mixed-use development near the Wiehle-Reston East Metro Station.

TF Cornerstone plans to transform an aging office park east of Wiehle Avenue between Sunrise Valley Drive and the Dulles Toll Road into a 1.3-million-square-foot development called Campus Commons. The county approved the project in late 2019 — but how the development will connect to Metro and provide safe passage to pedestrians remains a significant concern.

The developer proffered to encourage the formation of a study group that would assess three proposed pedestrian overpasses or identify another crossing option at the crossing of Wiehle Avenue at the Dulles Toll Road ramps at the northwest corner of the site.

All of the study group’s members voted against the developer’s proposal for a pedestrian overpass. Instead, a major of the 17-member group voted in favor of an underpass — an option that would up the cost of the project. 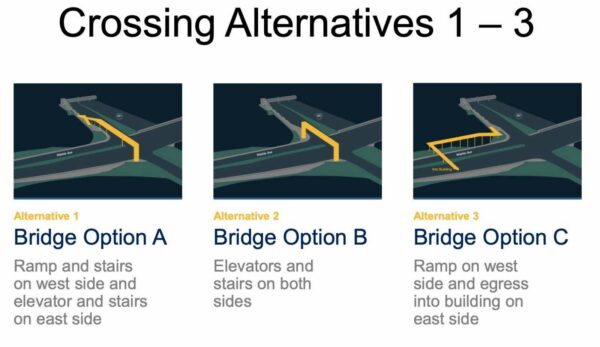 The study group did not vote on a singular option to address the issue and instead provided a general sense of preferences voiced by members and other community members.

The report noted that while the developer’s proposal for an overpass would be developer-funded, the option presents design, utilization, and maintenance concerns.

An underpass would utilize the existing grade, provide the shortest consistent crossing time, and provide easier ADA access, according to the report. But cost and feasibility due to surrounding utilities remain a concern.

The pedestrian crossing was a major sticking point in the approval process in 2019. Residents and some county officials raised significant safety concerns about the issue. 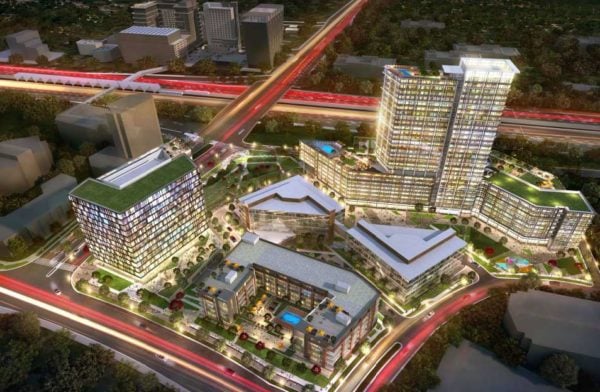 At a Fairfax County Board of Supervisors meeting yesterday, Hunter Mill District Supervisor formally accepted the group’s findings. The board now has one year to select the best and most feasible option. If the county for pedestrian crossing. If it does not select one of the three options proposed by the developer, the developer will provide $1.65 million towards another solution.

Additionally, the board will determine if an at-grade crossing at Wiehle Avenue and the Dulles Toll Road eastbound ramps should be provided by the developer. This proffer is separate from the grade-separated crossing options discussed above.

END_OF_DOCUMENT_TOKEN_TO_BE_REPLACED

More Stories
Pet of the Week: Lucy, a 10-year-old who’s getting a second chance at lifeReston development by Metro to feature dog park, outdoor fitness area