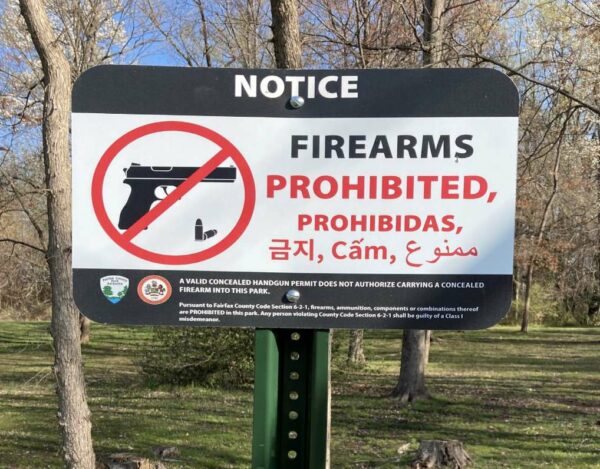 The Town of Herndon will restrict guns at certain government buildings, the Herndon Community Center and a town golf course clubhouse.

Following passionate testimony during public hearings, the measure passed 4-3 on Tuesday with council members Signe Friedrichs and Sean Regan as well as Mayor Sheila Olem opposing it. It carries a misdemeanor penalty and will go into effect Jan. 1.

Town officials had reviewed the ordinance with two versions. One measure, Option A, included town buildings and parks. The other, Option B, was more narrowly confined to town buildings with staff or those with public access.

“We must respond to what has gone on … in the country … for the last two years or even before that,” Councilmember Jasbinder Singh said. “We continue to avoid some responsibility.”

The passed measure, Option B, exempts law enforcement, security personnel hired by the town and certain other cases.

The town has also been considering a related measure to improve security. The ordinance passed didn’t list those figures, but the town identified costs in an impact assessment that has called for spending nearly $2.8 million to upgrade building doors, counters and other changes and also paying nearly $745,000 per year in security costs.

Several people noted their opposition for the measures:

Glakas expressed support for one-time capital expenses for the issue but raised questions about magnetometers for families going to pottery classes, swimming and attending gymnastics classes.

She also said pro-ordinance supporters are using fear mongering in arguing their case and described the town becoming a little police state.

Residents also said the ordinance would expose the town to lawsuits and said politics are fueling the issue.

Sherry Blanton noted she was greatly outnumbered but asked the town to pass the ordinance. “A yes vote will tell me that the town cares about me and my wellbeing as well as the families and children who use our parks,” she said, noting concerns over kids accidentally grabbing guns that others have.

Prior to the final vote, council considered a measure by Friedrichs to table the issue.

Friedrichs said most comments from people noted the town doesn’t have a gun violence problem and said the council could return to the matter.

“To me this is theatre,” Friedrichs said, asking that the measure be postponed indefinitely.

Only she and Olem supported tabling the matter.

He noted how the town hall turns into a courthouse on Wednesday each week and bans guns. He said the town isn’t taking away anyone’s right to own guns. They’re just asking people to not bring them to certain buildings.