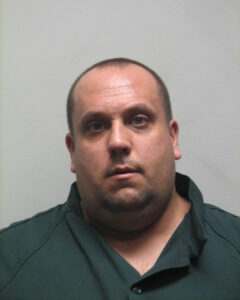 A longstanding employee of the Loudoun County Sheriff’s Office has been arrested and charged with two felony counts of soliciting a minor online.

Amos has worked at the county’s adult detention center since 2013.

The investigation began on Dec. 17 when the Minnesota Human Trafficking Task Force contacted the NOVA-DC Internet Crimes Against Children Task Force. A detective on the task force reportedly came into contact with Amos.

Virginia State Police arrested Amos without incident. He is currently being held without bond.