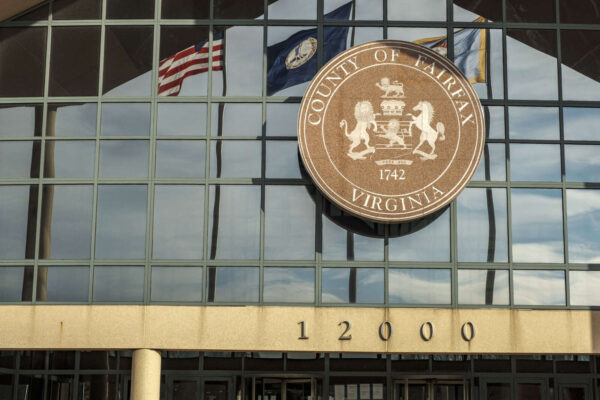 Fairfax County is working on ways to ensure that consistent and fair wages are linked to public construction contracts.

At a board meeting on Tuesday (Jan. 25), the Fairfax County Board of Supervisors voted unanimously to require all public construction contracts to abide by the prevailing wage — the hourly rate paid to most workers in specific niche coasts or in a labor market area.

The county was able to pass the measure after the Virginia General Assembly adopted enabling legislation in 2020 that went into effect in May of last year.

“Increasing protection of workers’ rights and ensuring that people are paid appropriately for their skills benefits not just those workers, but the community-at-large,” Board Chairman Jeff McKay told FFXnow. “Our county invests a lot of resources into our community to help struggling residents. Workers getting a fair wage helps families towards a path of self-sufficiency and into the middle class, which helps the entire community.”

Localities are allowed to adopt ordinances that require construction contracts to pay wages for their bidders, contractors, offers, and subcontractors at the prevailing wage rate.

The rate is determined by the Commonwealth’s Commissioner of Labor and Industry, which is guided by standards set by the U.S. Secretary of Labor.

County staff worked with stakeholders and professional cost estimators from the region in order to determine the impact of adopting the ordinance on construction costs. The workgroup helped the county formulate the ordinance that passed on Tuesday.

Such ordinances could have a disproportionate impact on small, women or minority-owned businesses. Other contractors and subcontractors may lack the administrative capacity to absorb the costs associated with the ordinance, a county memo noted.

However, the ordinance could level the playing field for all contractors by taking wages out of the equation, according to county staff. Minority businesses may be able to compete for county contracts, which may be underbid by low-road competition that is not from the area.

The county is working on ways to make sure that businesses have administrative support like software and resources in order to comply with the ordinance.

The Virginia Division of Engineering and Buildings, for example, accounts for a budget impact of 15% for construction costs. The cost impact can vary between 5 and 7.5% depending on the project type, according to the county.

Based on the county’s unique needs, the ordinance would increase costs by around 5%.

The ordinance goes into effect on July 1.

The state’s prevailing wage law — known as the Little Davis-Bacon Act — went into effect in May. The law requires contractors and subcontractors with contracts over $250,000 to pay the prevailing wage and benefits to all employees who are a part of that contract.

Contractors must verify the pay scale used for employees under the public contract. Itemization of the amount paid to workers is provided and payment records are verified.

If contractors fail to follow the law, the prevailing page must be paid, in addition to an annual interest rate of 8% that accrues when wages were first due.

The contractor is disqualified from bidding on all public contracts until workers are paid. Arlington County also has a prevailing wage ordinance.