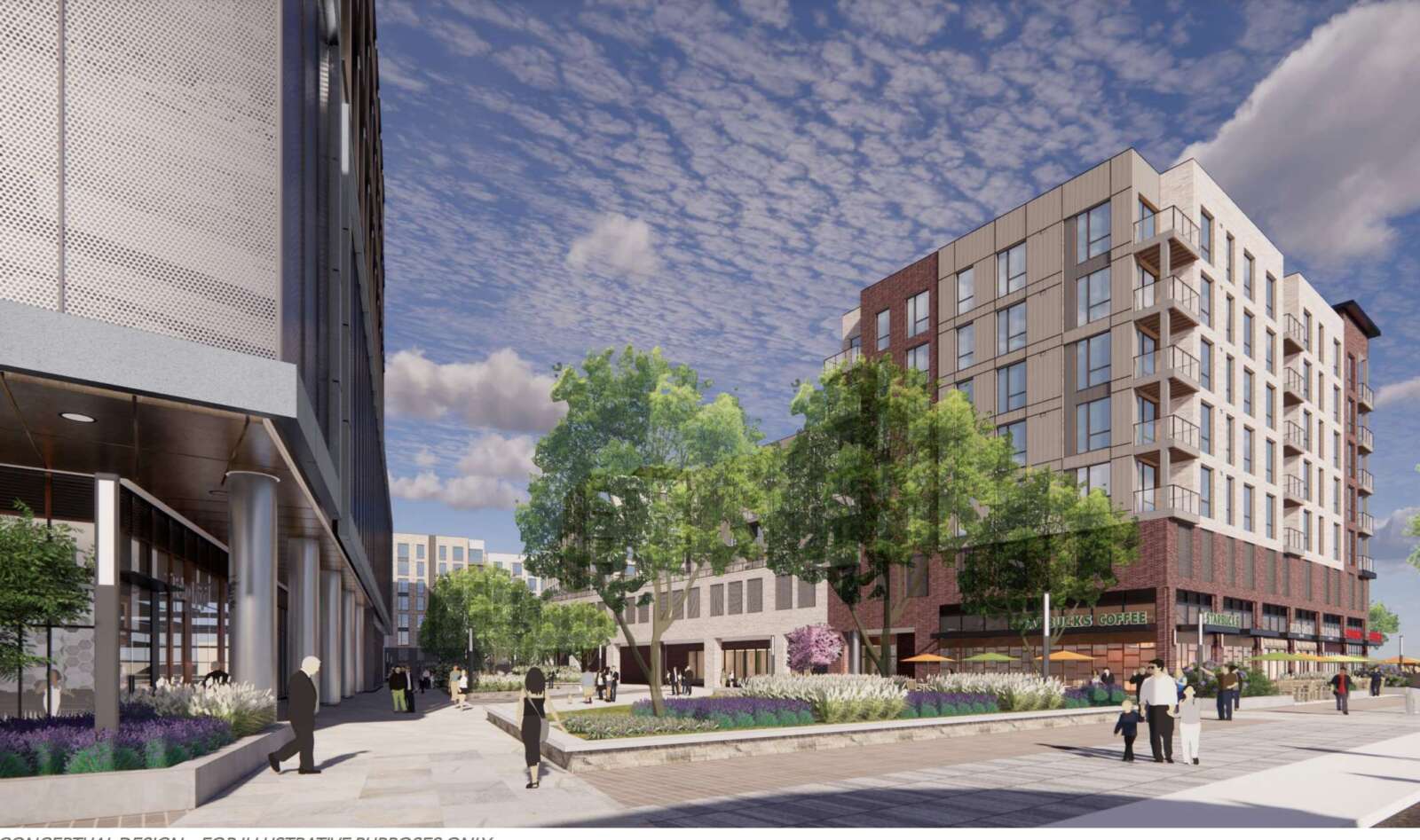 Lerner Enterprises has tweaked some elements of Parkview, a massive, mixed-use project at the door of the Herndon-Monroe Metro Station.

The developer plans to build three mixed-use buildings on a nearly 5-acre site at 593 Herndon Parkway. Plans were already pared down significantly over previous proposals, which maxed out on the maximum allowable density for the areas.

At a Herndon Planning Commission work session last night (Monday), town staff noted that Lerner Enterprises was able to beef up some aspects of the development to ensure that it provided an inviting and activating entrance into the town from the Metro station.