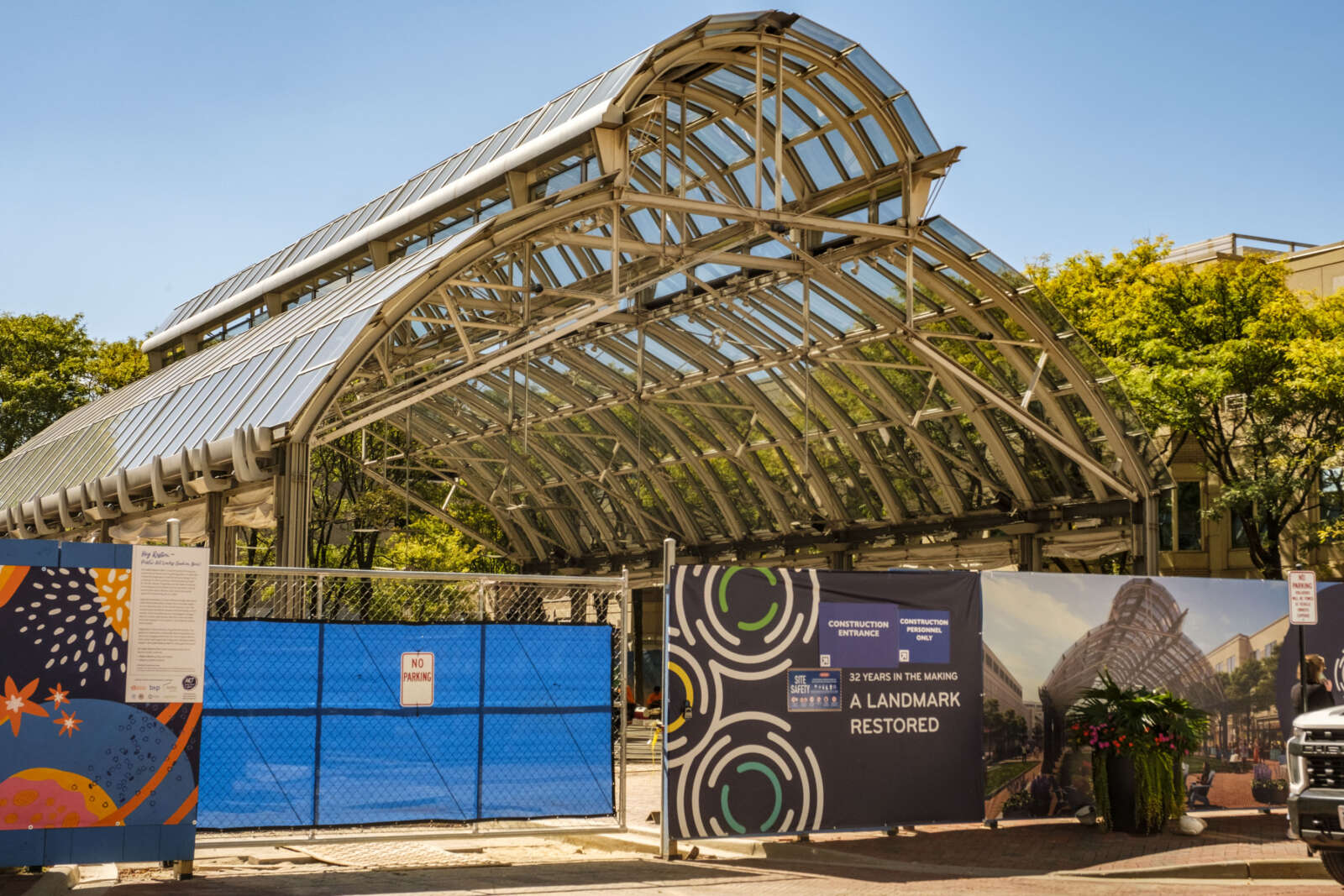 The first major renovations to Reston Town Center’s in 30 years are well underway, with the pavilion set to reopen later this year.

A spokesperson for Boston Properties says the opening of the pavilion is anticipated “sometime in November with the return the ice rink for the winter season.”

“The Fountain Plaza and Pavilion rehabilitation and renovation work at Reston Town Center has made significant progress since commencing in March 2022,” Sapna Yathiraj, Boston Properties’ marketing director, wrote in a statement to FFXnow.

The Fountain Plaza is also slated to open later this year, although an exact timeline was not immediately available.

@RestonNow Looks like it’s going to be a whole new plaza at RTC. pic.twitter.com/pwjNmcWsOd

The upgrades are led by Alan Ward, a principal at Sasaki Associates. As previously reported the enhancements include:

An expansion through the service street adjacent to the Hyatt will create more flexibility and space for programming, events, and daily activations
A wooden deck that will serve as a seating area and a stage for smaller events and performances

The fountain: Renovation of the lower base area, with new tiling, expanded seating, and tiered landscaping, and replacement of the entire outdated mechanical system. The original design of the upper base and Mercury statue will remain unchanged.

Expansion of outdoor seating, including stadium-style structures and traditional tables and chairs

END_OF_DOCUMENT_TOKEN_TO_BE_REPLACED

More Stories
Morning Poll: How often will you ride Silver Line Phase 2 when it opens?Free injury consult with Rehab 2 Perform