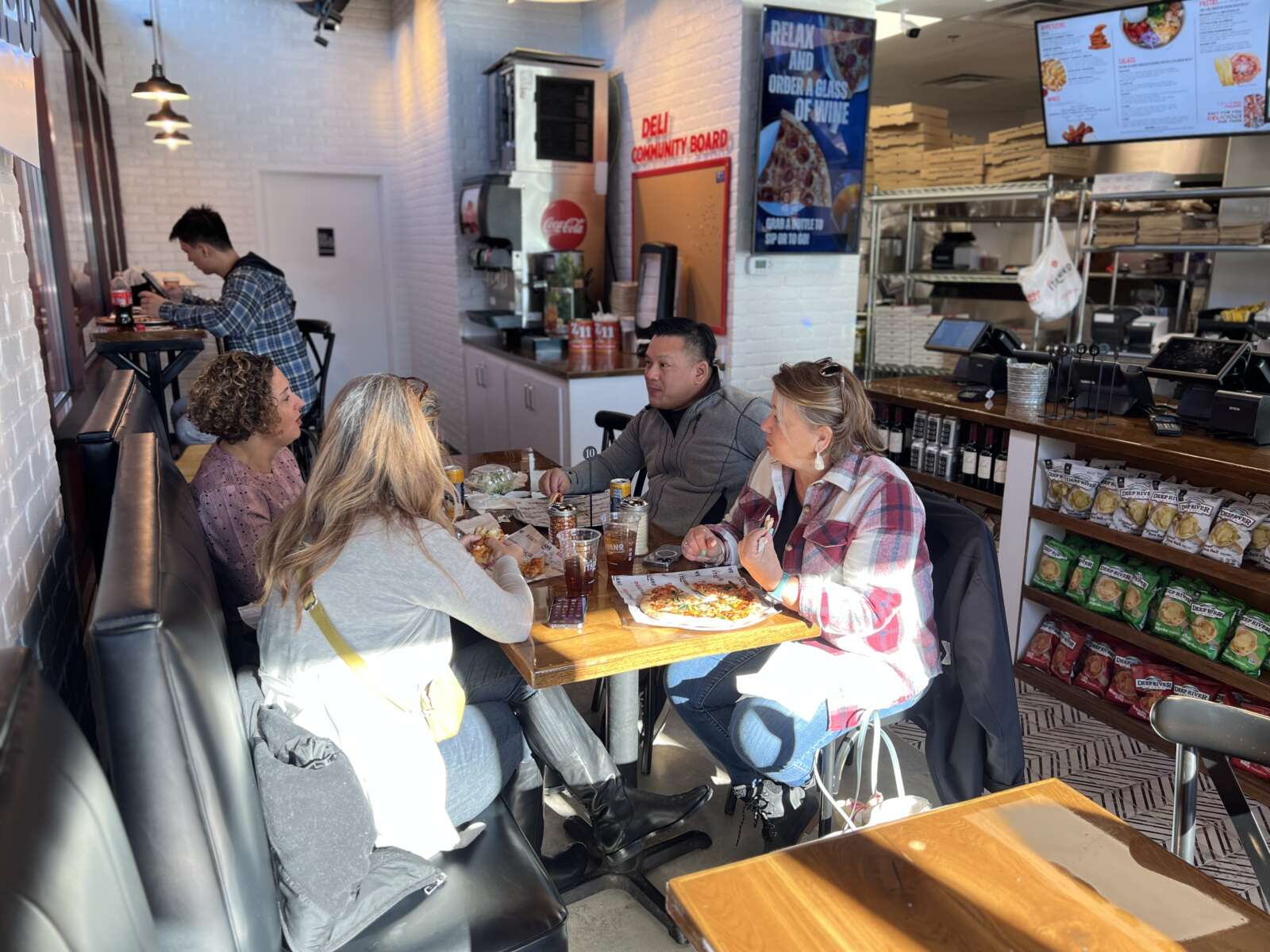 Deli Italiano has officially opened its doors to the public in the Town of Herndon (700 Lynn Street) after a grand opening ceremony earlier this month.

The pizza chain held a grand opening on Dec. 8, alongside a ribbon-cutting with Midtown Jewelers, a Reston-based business that moved to the town earlier this year. A soft opening took place earlier this season.

“We are appreciative of the support from the community of Herndon. The store has been doing well over the past two weeks. We’d love to see more people in store as well as more deliveries. We’re looking to let people know we deliver all over Herndon,” Bianka Moskaitis, a representative for the company, wrote in a statement.

Meanwhile, the Reston location is still undergoing renovations. Located at 1631 Washington Plaza, that spot plans to open at Lake Anne Plaza in early 2023.

Deli Italiano serves a variety of salads, sandwiches, pizzas, subs, pastas, and calzones. The menu is available online. It has other locations in Leesburg, Sterling, Great Falls, Arlington and Burke.