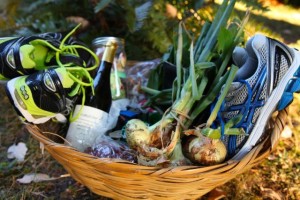 While virtual yard sale sites are gaining in popularity, one Reston resident hopes her alternative site — Buy Nothing Reston — will gain traction. Buy Nothing, part of a larger nationl movement, encourages a trade economy with heart.

Kristi Guidry, founder of Buy Nothing Reston, says nothing is for sale. The idea is “gifting” to your neighbors out of the kindness of your heart, and knowing that the kindness could come back to you if you’re ever in need of something as well.

Buy Nothing also promotes the idea of community, and of helping and getting to know your neighbors. When they say neighbors, they mean it, because everyone has to live within the Reston limits in order to join the group.

The site has no rules such as “first come, first serve,” taking the highest and best offer, or “priority to first pick-up.” In fact, the “gifter” gets to select the “giftee” based on his or her own criteria or virtues.

It’s an idea that has been catching on worldwide, says Guidry. More than 80,000 members have joined the movement worldwide in the last few years.

The “Buy Nothing Project” originally started in the Seattle area. Guidry’s sister, who lives there, was a member. When Guidry looked to see if there was a local group here, she discovered there were none in the D.C. area. That’s when the stay-at-home mom decided to start her own.

The organizers of the larger umbrella organization helped get a Reston site, in the form of a Facebook group, up and running. Then, all she needed were local members. END_OF_DOCUMENT_TOKEN_TO_BE_REPLACED