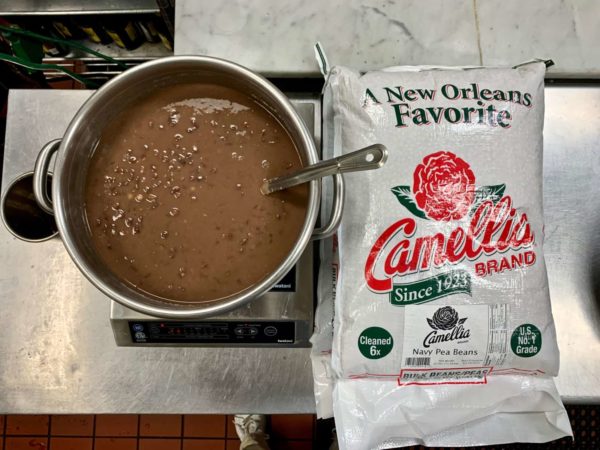 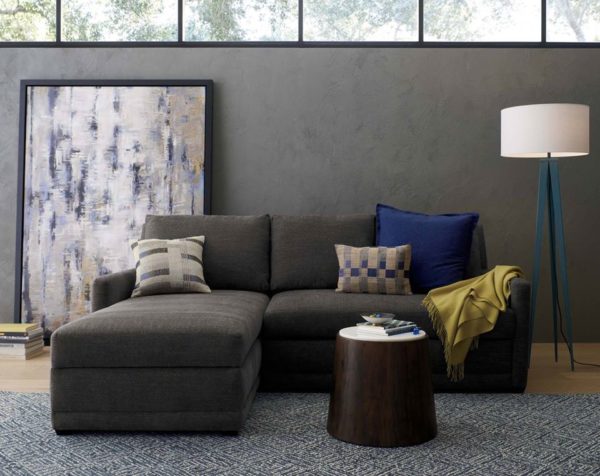 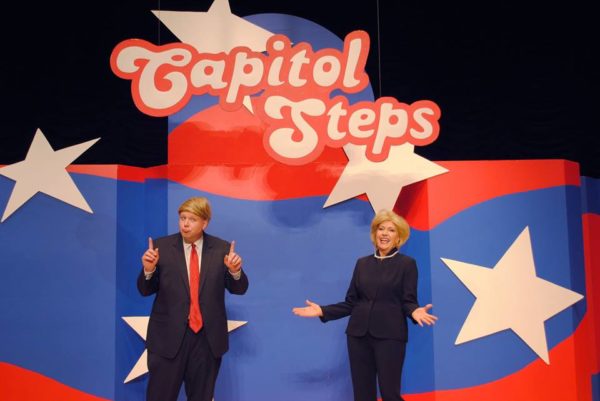 The Capitol Steps are back in Reston this Sunday (Jan. 27) for the troupe’s 36th annual benefit performance for Cornerstones.

The D.C.-based political satire group is known for mocking both sides of the aisle in songs and comedy skits. The troupe has recorded more than 35 albums since Senate staffers started Capitol Steps in 1981 according to the website.

Proceeds from the performance benefit families in the Cornerstones’ Embry Rucker Community Shelter. In recent years, the annual benefit performance has raised more than $300,000.

Photo via The Capitol Steps/Facebook 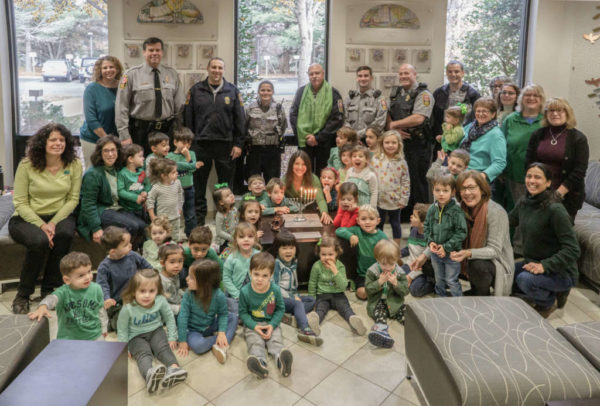 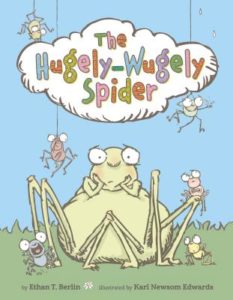 Ethan Berlin has written for various comedians’ shows including George Lopez, Jon Stewart and Sarah Silverman. But his latest venture is writing a children’s book.

Berlin will be returning to his roots in Reston on June 2 (Saturday) to read his debut children’s book “The Hugely-Wugely Spider” at Scrawl Books. The reading will be from 11:30 a.m. to 1 p.m. The story tells the tale of the Itsy-Bitsy’s spider’s larger counterpart, who can’t fit into the water spout.

A 1995 graduate of South Lakes High School, Berlin said he loved doing theatre and comedy during his time at SLHS.

“The thing I lived for at South Lakes was theatre,” he said.

Berlin described himself as a “weirdo” in high school and said he’s grateful for how nicely he was treated at SLHS.

Now living in New Jersey, Berlin said he’s excited to read to kids in Reston and catching up with old friends. And if he could somehow maintain his comedy and writing career from Reston he said he would move back.

Maysoon Zayid, a professional comedian and disability activist, will perform at Reston Community Center on Saturday, March 31 at 8 p.m.

Zayid has performed in New York Clubs and was a headliner on the Arabs Gone Wild Comedy Show and The Muslims Are Coming! — a documentary that follows the attempts of American Muslim comics to combat prejudice and misconceptions of Islam through humor.

In 2013, she was selected as an honoree for the United Cerebral Palsy of New York City’s Women Who Care Awards. She was also a full-time on-air contributor on Countdown with Keith Olbermann.

The show is recommended for adults ages 18 and older. Attendees under 18 must be accompanied by a parent or guardian.

Tickets are $15 for Reston residents and $20 for all others. 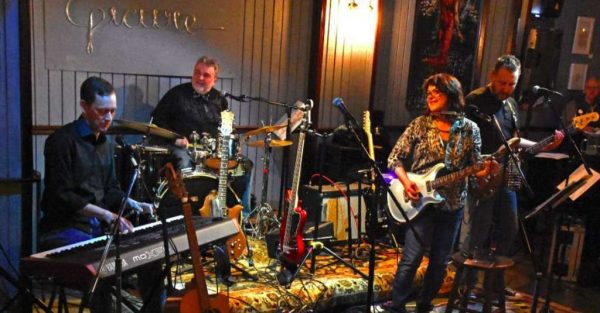 Americana music and more will come to Café Montmarte (1625 Washington Plaza N.) next week as the Harried Americans Roadshow takes the stage.

According to the group’s website, Harried Americans roadshows are “smarty-pants, loosey-goosey, Americana FUN – with a D.C. twist.” The group boasts that it offers “topical original songs about politicians and social issues, 1960s sing-alongs, and new takes on old standards from the Great American Songbook.”

The show is scheduled for 7-9 p.m. Friday, Oct. 27. In addition to the Harried Americans Band, the show is slated to feature Brazilian touring artist Rick Udler, comedian/actress Angela Moore, poetry by the Intellectual Bully and more. 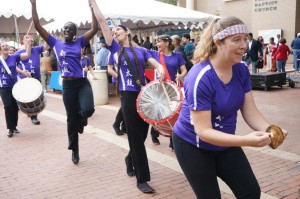 Reston’s multicultural heritage will be celebrated this weekend at Lake Anne Plaza.

The community’s annual Multicultural Festival, sponsored by Reston Community Center and Reston Association, is scheduled for 11 a.m. to 6 p.m. Saturday. It will include “music, entertainment, dress, food, and cultural treasures from all over the world,” according to information provided by RCC.

The entertainment lineup includes more than a dozen performers on two stages — the World Stage and the Global Stage — as well as at RCC’s Lake Anne facility. The “Global Market” will feature jewelry, clothing and more from around the world.

There is plenty else scheduled to take place this weekend in the area as well. Get out there and have some fun on this last full weekend of September! 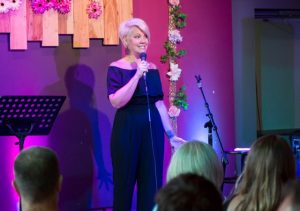 Concerts, art exhibits, theater, film showings — there is always something entertaining to do in Reston.

But what about live comedy? A Reston native is trying to make it a more regular event here as well.

“I went out and scoped out the comedy scene, and I’m bringing the best comics back to Reston,” said Robin Rex, a six-month veteran of comedy who has already started her own show-booking company, Funny Friend Productions. “We don’t have comedy [here], and I want people to have a place to go to see comedy, good shows.”

In July, Funny Friend Productions put on its first show at Café Montmartre, a longtime favorite venue of Rex. The show had about 75 attendees and was a success for all involved, she said. Another show at the restaurant (1625 Washington Plaza N.) is planned for Sept. 23.

“I grew up on that side of Reston, and I’ve always loved being at Lake Anne,” said Rex, who now lives in Centreville. “There’s places is Centreville [to do shows], but Lake Anne is where my heart is.”

Rex, 43, is a 20-year high school teacher who said she has been performing at venues around Northern Virginia this year as she begins to gain experience in the comedy business. She got started at the suggestion of a co-worker who also works as a standup.

“He just thought that I would be good at it because I’m talking all day [and] I’m good at keeping the kids’ attention, at being funny,” she said. “I finally had my opportunity and I went for it, and from my first night people have started asking me to do other shows.”

She said she has been intimidated at times in the past months as she has started getting her feet wet in the business, but that her confidence is building and she is comfortable once she gets on stage.

“I’m still beside myself nervous, but once I get up there I’m able to flip a switch,” she said, saying her brand of comedy is influenced by standups such as Amy Schumer. “My friends say, ‘You don’t look nervous at all,’ and I’m like, ‘Oh my God, I’m dying on the inside.’ … But I just put it out there, and I’m not embarrassed.” 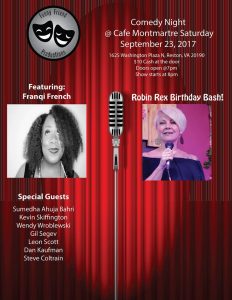 The Sept. 23 show  — planned as Rex’s 44th birthday celebration — has numerous area comedians on the bill. In addition to Rex, the show will be headlined by Franqi French, who also grew up in Reston. Other standups slated to perform are Sumedha Ahuja Bahri, Kevin Skington, Wendy Wroblewski, Gil Segev, Leon Scott, Dan Kaufman and Steve Coltrain.

“What’s great about it is I’ve had the past six months to go around [the DC Metro area] and listen to other comics, and then I could handpick the ones that I want to book for my shows,” she said. “Also, it’s my birthday, so I have some of my friends who are comedians on the lineup.”

“[Attendees] probably want to come [early] and get a table and eat, because it was standing-room-only last time,” Rex said.

For information about this show, or to inquire about bringing a Funny Friend Productions show to another venue, connect with Rex on Facebook.

(Note: In addition to the standup show, Café Montmarte will also be hosting a free improv comedy show with Reflex Improv this Friday at 8 p.m.)