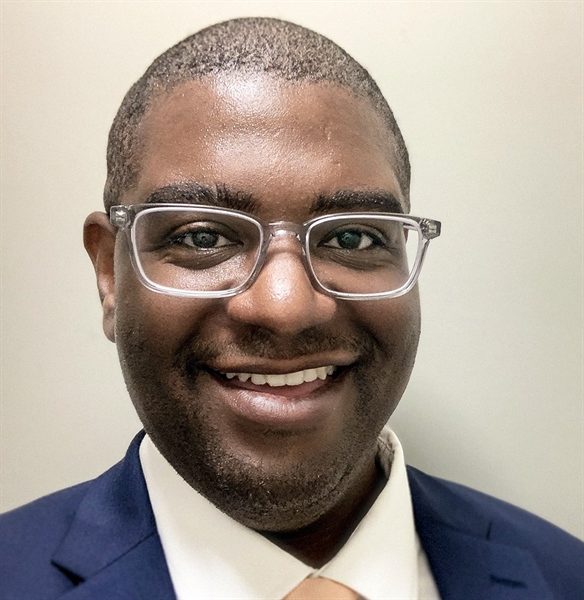 Reston Association has hired a new director of covenants administration.

Cameron Adams was previously the covenants manager for the Kingstowne Residential Owners Corp. in Alexandria, where he managed 43 neighborhoods and more than 3,400 homes.

“Cameron brings valuable and highly relevant experience to Reston,” said RA CEO, Hank Lynch. “We believe he is going to raise the bar in terms of member relations and implementation of design policies in conjunction with our internal protocols.”

Here’s more from RA on the hire:

As covenants manager, Adams planned and implemented property inspections, collaborated with the architectural review committee and board of trustees, and managed day-to-day operations. He also worked to recruit and retain committee members as well as assisted with the processing and review of applications for exterior home improvements.

Adams has a Bachelor of Arts degree from Hampden-Sydney College in Hampden, VA. He has several certificates in community and association management. Adams also worked as an assistant community manager at a 55+ active adult community in Fredericksburg, VA.

Recently, RA has been working to improve its covenants administration process. 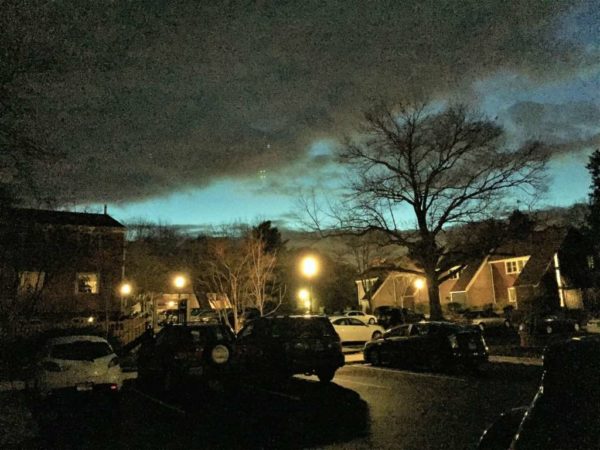 Reston Association’s covenants department is working on ways to streamline the way it handles daily activities and spend more time on neighborhood inspections.

At a meeting on Thursday, June 13, RA’s Design Review Board and Board of Directors will meet to discuss possible changes to its current operations.

As we head into the work session, we want to hear about your experiences with RA’s home resale and covenants process. We are accepting responses via email at [email protected].

Also, readers are welcome to share how their experiences with the covenants process has been in the poll below. 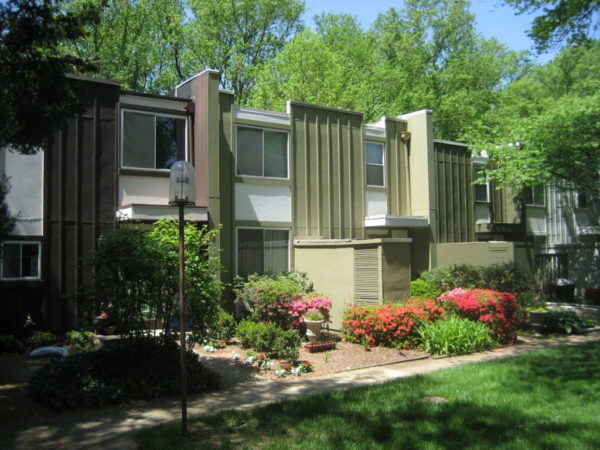 It’s no secret that Reston Association’s covenant process, which maintains design standards for Reston properties, is often arduous and unwieldy.

In order to better administer the process, RA’s Design Review Board and Board of Directors are calling a special meeting to explore ways to improve covenant administration, reduce staff workload, and sort through staffing issues. The two boards will meet on Thursday (June 13) from 6:30-8:30 p.m. to address lingering concerns.

At a May 23 board meeting, RA’s CEO Hank Lynch said the organization is “overworking” its covenants staff, who spend most of their time processing applications for the DRB. The panel has jurisdiction over issues related to architectural integrity of properties.

That leaves less than a full working day to conduct property inspections, respond to requests for home resales, and ensure the physical condition of properties, including vegetation, is up to standard.

“I do feel strongly that we are not out there enough,” said Anna Donato, RA’s director of covenants administration.

Staff must inspect thousands of properties spread out over 11 square miles, according to RA. Walkthroughs by a team of RA staff can take up to a year for each of the 134 clusters RA oversees.

Donato said the department has also struggled to retain staff, who are working hard to maintain “100 percent customer satisfaction.”

The issue is only expected to get more complex as more properties in the community age and the need for maintenance increases with time.

She suggested the following measures to decrease workload and reprioritize projects:

RA plans to distribute a marketing video to illustrate the challenges it faces. In the video, an RA staff member warns that failing to catch up on inspections and decrease workloads could result in permanent consequences.

“Otherwise the job of keeping Reston looking like Reston will become a distant reality,” the video states. 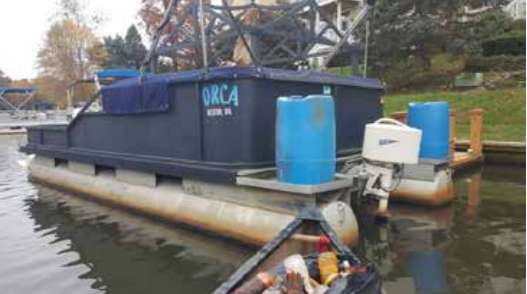 Adrian Hollands knew “Orca,” the 20-foot pontoon boat he bought from his Lake Chapel Lane neighbor, is longer than what is allowed on Reston’s lakes per the Reston Deed.

His covenants appeal that was brought before the Reston Association Board of Directors last week (video) failed after a lengthy discussion that delved into conversation about how closely the Board should adhere to the Deed.

“The Deed was written so many years ago that every now and again, we should probably be looking through the Deed and saying, ‘What doesn’t make sense anymore?'” Board President Sherri Hebert said. “[But] it’s not as easy as just taking a vote to change our Deed and change those rules. It’s a pretty complicated process.”

CEO Cate Fulkerson said that in 2003, the section of the Deed regarding boats was considered in advance of the referendum to amend the Deed, which took place in 2006.

“As opposed to eliminating this particular covenant, it was actually strengthened to include the width of the boats,” Fulkerson said. “That was considered and put to community comment.”

Section VI.2(b)(9) of the Reston Deed states that “[e]xcept for emergencies or Association authorized maintenance, no boats greater than eighteen feet in overall length and ten feet in overall width and no boats powered by or equipped with internal combustion engines shall be allowed on the lakes.”

In 2008, seven property owners whose boats were longer than 18 feet were issued nontransferable grandfather exemptions. When Hollands purchased “Orca” from his neighbor, the Covenants Committee said, the exemption for that boat was invalidated.

Hollands, who said the cost of modifying the boat for compliance would be more than $5,000, provided the Board with 36 signed petitions from Lake Audubon neighbors who had no issue with his boat being 20 feet in length. Hollands said while no one seems sure why the Deed sets the limit at 18 feet, he has heard it comes from 18-foot townhouse widths on Lake Anne.

“Suffice it to say that I don’t know how Reston Association or RHOA at the time came up with this rule,” Hollands said in a written comment provided to the Board, “but as with many rules, laws and regulations, they are well intended but not necessarily the right course of action.”

RA member Irwin Flashman addressed the Board and said he feared that if it begins picking and choosing which parts of the Deed to follow and to ignore based on convenience, it would lose all credibility and legal standing.

“If you fail to enforce your covenants, you risk the next time you go to court, having the court say, ‘Oh, but you don’t enforce it yourself and you’re asking the court to do that?” he said. “It would undercut the Reston Association’s authority and this Board’s authority.”

Each Board director spoke on the issue, most agreeing that while Hollands’ plight is unfortunate and he made good points, it is important to abide by the rules set in the Deed and not become a “court.”

“I hate this, because it’s a dumb, arbitrary number,” said At-Large Director Eric Carr. “[But] it would take us down a slippery slope, where when somebody doesn’t want to enforce something, they’re going to say ‘You chose not to enforce this in the past because you thought it was dumb.'”

At-Large Director Ray Wedell, however, said what should be of the most importance to everybody is to “adhere [to] common sense and what’s in the best interest in the community.”

“To say that somehow we have to be the guardians of this strict rule written 50-some-odd years ago on each and every issue or else … is opening us up to incredible bureaucracy,” he said. “I think we use the Deed as a crutch to never do anything sometimes.”

The covenants appeal was denied by a vote of 8-1, with Wedell casting the lone dissenting vote.

“I’m proud to be the one,” he said at the conclusion of the vote.

The Board took legal counsel in executive session to further discuss the process of considering changes to the Deed.