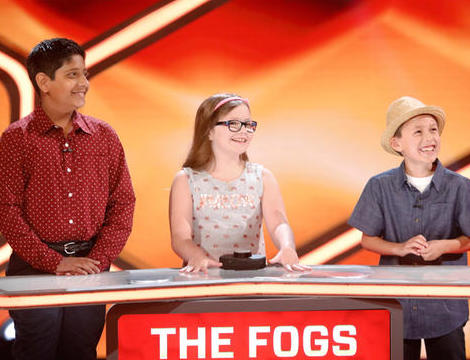 A 12-year-old student from Edlin School (10742 Sunset Hills Road) will appear on the NBC show “Genius Junior” on Sunday (April 15).

Vinay Ayala, a seventh grader, is playing for the team, “The Fellowship of Genius Schmenius,” also known as FOGS. Other team members include an eight-year-old from Andover, Ma. and a nine-year-old from Kingsland, Ga..

Ayala enjoys building model cities and was part of a team that won first place in the national Future City competition earlier this year. He aspires to become an engineer.

“I love to memorize things,” Ayala said, noting that he can memorize a deck of shuffled cards in fifteen minutes and recite them in correct order.

The winning team will take home a grant that NBC promises will “set the stage for a big and bright future that lies ahead.” 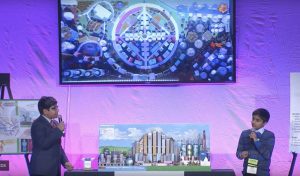 A six-member team from Edlin School beat 43 other teams this week in a national competition where students design an aging-friendly city.

The Future City Competition challenges students from around the country to create a city. This year’s topic pushed students to design a city that helps the elderly remain active, independent and engaged.

More than 40,000 teams from across the country entered in the competition. Students from the Reston school created Halona, a city modeled after Richmond.

The city, also known as the “city of happy fortune,” solved the problem of limited mobility, few independent living options and little access to transit. Students proposed multi-generational housing, a new transit system with foldable seats and ultra-haptic sensors, a passover tram and an adopted senior program, a housing initiative that pairs seniors with college students.

The students’ complete presentation at the competition on Tuesday is below: 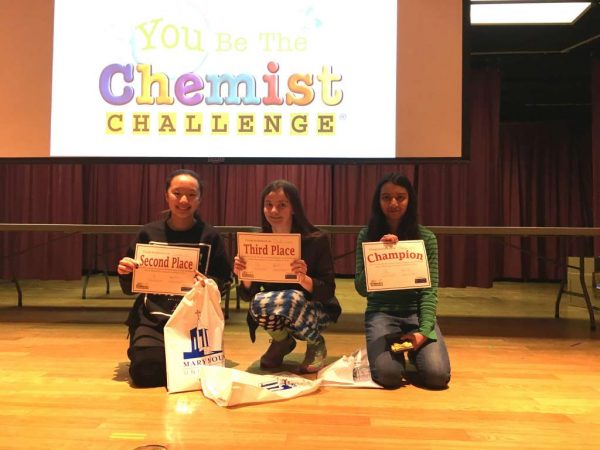 Rubaiya Emran took first place in the Fairfax/Arlington You Be The Chemist challenge for the second straight year. Her classmates Sydney Gu and Jennifer Cramer took second and third place, respectively. Tommy Qu also represented Edlin at the event, which was held March 4 at Marymount University in Arlington.

“Thanks to the hard work and dedication of our students and parent volunteers, our Edlin community has a lot to celebrate,” said Ryan Epp, the school’s science department director. “These events required months of preparation, organization and tireless effort from our students, parents and volunteers.”

The nationwide, interactive academic competition for students in grades 5-8 is sponsored by the Chemical Education Foundation. Its goal is to promote the real-world applications of scientific education and chemistry concepts.

All three girls will move on to compete at the state level April 29 in Richmond.

A baker’s dozen of Edlin School students took top honors among 24 teams last weekend with their vision for making the world a better place.

The Future City project, according to its website, asks sixth-, seventh- and eighth-grade students to “imagine, research, design and build cities of the future that showcase their solution to a citywide sustainability issue.” The theme for the 2016-17 competition is the Power of Public Space.

The Edlin School team competed in the Mid-Atlantic Region Competition on Jan. 21 in Baltimore. In it, they took top honors among teams from Virginia, Maryland, Delaware and DC. In addition to the overall first-place award, they also won first place in the project plan and essay categories. They also received a Spirit Award trophy.

“The team assembled during the past summer and worked hard to plan, build and present their vision for this year’s competition,” said Linda Schreibstein, Edlin School director, in a letter.

Team members include the following:

“After the competition is over, student participants are not only prepared to be citizens of today’s complex and technical world, they are poised to become the drivers of tomorrow,” the Future City project website proclaims.

The team now advances to the National Future City Competition, Feb. 18-21 in Washington.