Emergency Alert Test Coming Today — Expect an alert message “accompanied by a unique tone and vibration” on your mobile phone around 2:20 p.m. today as part of a test of the National Wireless Emergency Alert System. FEMA and the Federal Communications Commission regularly test the nationwide system to ensure the infrastructure works in case of an emergency. [Ready Fairfax/Twitter]

Herndon Reinstates Mask Requirement — “Effective Wednesday, August 11, all members of the public over age two are required to wear masks indoors in town facilities…Masks are required for all visitors to town facilities, regardless of vaccination status. Masks are also required for attendees at public meetings, including public hearings of the Herndon Town Council, boards and commissions.” [Town of Herndon]

COVID-19 Vaccines Could Be Fully Approved Soon — “The head of Virginia’s vaccination program said on Tuesday that next month, the Food and Drug Administration will likely fully approve the COVID-19 vaccines, and approve their use for children ages 5 to 11 as well…Currently, the COVID-19 vaccines distributed in the U.S. are authorized but not approved.” [WTOP]

New Traffic Signal Installed at Fox Mill Road — A temporary traffic signal is now active at the Fox Mill Road (Route 665) and Pinecrest Road intersection in Herndon to address safety concerns before construction begins on a long-term project in fall 2024. That project will include a permanent signal, new left-turn lanes on Fox Mill, crosswalks, sidewalks and curb ramp reconstructions, and an eight-foot-wide walkway and curb ramp at the southeast corner. [VDOT] 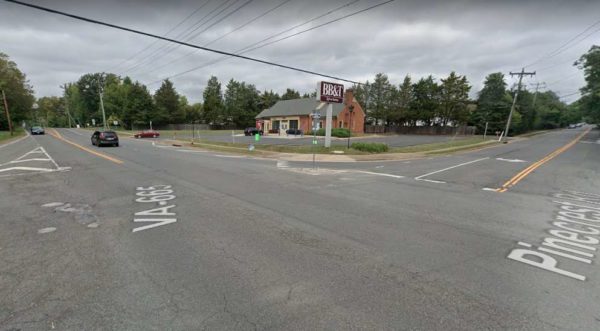 While residents wait for permanent improvements at a dangerous intersection in the Hunter Mill District a temporary traffic signal will be installed this summer.

A temporary traffic signal to the intersection of Fox Mill Road and Pinecrest Road will be operational by this summer, a Virginia Department of Transportation spokesperson confirmed to Reston Now. This traffic signal plus future permanent improvement plans will be discussed at a virtual public information meeting next week.

The planned changes include adding a permanent traffic signal and left-hand turn lanes.

In September, the Fairfax County Board of Supervisors approved the plan for the county’s transportation department to work with the VDOT on the implementation of the improvements.

The meeting takes place on March 15 but the public will have until March 25 to provide comments. The project’s aim is to relieve congestion and improve safety at the intersection, according to the release.

While temporary measures are being taken this summer, residents will still have nearly four years for all improvements to be completed. The intersection has long been a community concern, with hundreds signing petitions and signaling support in recent years for changes and improvements.

Construction is estimated to begin in the fall of 2024 and it is expected to take a year to complete – meaning fall 2025.

The improvements are estimated to cost $5.7 million and will be financed by the county.

From 2013 to 2019, 44 accidents occurred at the intersection with two being severe. 30 of the accidents caused property damage.

There are also congestion issues. The intersection averages about 15,500 vehicles a day, according to VDOT, with most being on Fox Mill Road. Long back-ups occur on Fox Mill Road during peak hours, notes a May 2020 presentation, due to vehicles waiting for a break in traffic to make a left turn.

The intersection is near a couple of pedestrian-friendly businesses, including a swim and tennis club and a church. It’s also relatively close to several schools.

Interim improvements have been made, though, including re-stripping and painting to provide turn lanes, installing a concrete island with a stop sign to create a yield, and removing foliage for better sightlines.

The plan calls for the widening of Fox Mill Road to four lanes from Reston Parkway to Monroe Street, constructing a sidewalk adjacent to northbound Fox Mill Road, and installing a bike lane. 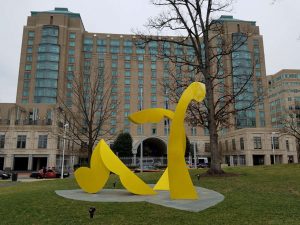 Local Students Excel at State Science Fair — Among the honorees at the 2017 Virginia State Science and Engineering Fair was Michael Gamarnik of South Lakes High School, who took third place in electrical and mechanical engineering for his project, “The Effect of Vortex Generator Angle on the Downforce of an Airfoil.” Rini Gupta and Shalini Shah of Herndon High School took third place in behavioral and social sciences for their project, “Effect of Binaural Beats with Isochronic Tones on PTSD & GAD Patients.” [Fairfax County Public Schools]

Learning Facility Coming to Fox Mill Center — Ashish Gandhi and Sapna Chordia are opening a branch of Sylvan Learning later this year, offering tutoring programs and camps to kindergarten through 12th-grade students. They plan to open in June, in time for summer programming. [Fairfax Times] 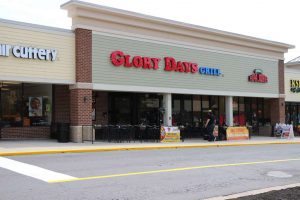 A 33-year-old Herndon man faces a litany of charges after police say he attacked employees at a Fox Mill Center restaurant before breaking into a nearby home.

At about 12:37 a.m. Friday, police say Quan Anh Ly approached employees and patrons on the front patio of Glory Days Grill (2567 John Milton Drive) and began swinging a large chain while threatening them, sending them scrambling to lock him out. According to police:

“The suspect broke the front doors to the business with his chain, entered and continued to swing his chain at employees. He confronted the bartender, who was on the phone with police, and grabbed the phone from him, and then proceeded to break numerous glasses and bottles. The suspect walked to the rear of the restaurant, encountering another employee. The suspect struck the 58-year-old man, injuring his hand, and exited out the back.”

Police say they were called to a home in the 2500 block of Freetown Drive a short time later for a reported burglary. The homeowner told them he was awakened by the sound of glass breaking and found that a man had broken both windows by the front door. The suspect fled the scene when the homeowner shouted, police say, and he was found beneath a nearby car. He was apprehended at the scene and charged with malicious wounding, attempted malicious wounding, burglary and felony destruction of property.

More charges may be issued against the man as the investigation continues, police say.