To the world, Mykle Lyons was an accomplished jazz musician, a student of the late Ellis Marsalis who played in venues like Carnegie Hall and the Kennedy Center and counted former Vice President Al Gore among his fans.

To residents of Reston, his long-time home, Lyons was also a neighbor, a regular sight at the now-closed Market Street Bar and Grill in Reston Town Center and at local schools where he sometimes volunteered to perform.

Now, in the wake of Lyons’s death in May, Lake Anne Plaza hopes to keep alive his legacy as a musician and valued community member by launching the first annual Mykle Lyons Food and Music Festival on Sept. 18.

“The cultural impact of Reston ripples far beyond its boundaries, and nowhere is this better exemplified than by the contributions of our own Mykle Lyons, an accomplished musician, an educator, a philosopher, and a generous and compassionate soul,” the Lake Anne & Washington Plaza Merchant Association said yesterday (Tuesday) in a news release announcing the festival’s musical lineup.

Organized by the association in conjunction with Roxplosion and Kalypso’s Sports Tavern, the free festival will take place at the plaza waterfront (1609 Washington Plaza) from 5 to 8 p.m. The Chris Timbers Band and Sam Gunderson & The Cactus Groove will perform.

Born in Ocean Springs, Mississippi, Lyons became immersed in jazz through trips with his father to nearby New Orleans. He and his family moved to Reston when he entered middle school, where he joined his first band, Amethyst, according to Kalypso’s owner Vicky Hadjikyriakou.

He later studied with Marsalis while attending Virginia Commonwealth University and formed the Mykle Lyons Quartet, which appeared as the featured act at the 1992 and 1996 Presidential Inaugural Galas at the National Gallery of Art.

Lyons released four professional recordings, including an album called “Heritage” that featured all original music and arrangements, but his primary passion was for live music.

An archived Washington Post feature on pianist Loston Harris II describes Lyons’s bass solo during a sold-out concert that they played at The Lyceum in Old Town Alexandria in the late 1990s, saying that “the instrument seems to be alive, bucking and rolling.”

“Through his travels and gigs, Lake Anne remained his home and the Plaza his neighborhood,” Hadjikyriakou said by email.

In addition to putting on weekly shows at the Market Street Bar and Grill until it closed, Lyons performed at a range of venues throughout Reston, from weddings to the United Christian Parish preschool. He even once coordinated a volunteer performance by Lady Gaga’s cellist at Buzz Aldrin Elementary School.

Lyons also left his mark in Reston by creating the Lake Anne Jazz and Blues Festival, which celebrated its 14th year of existence on Saturday (Sept. 4). His band, which expanded into a sextet, had performed at the annual festival in the past.

“Kalypso’s, Roxplosion, and Lake Anne & Washington Plaza Merchant Association all look forward to honoring Mykle’s contributions by providing an event to celebrate and share the gift of music with our community, just as he would have wanted- in his neighborhood,” Hadjikyriakou said. 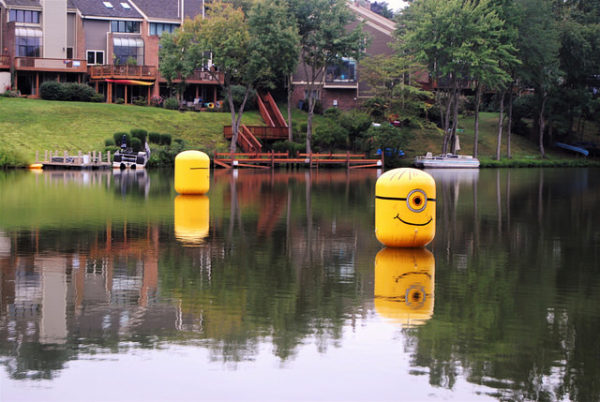 TSA stops Reston man with loaded guns – A Reston man was reprimanded after an X-ray machine at Dulles International Airport spotted two loaded semi-automatic handguns in his carry-on bag. According to the Transportation Security Administration, the weapons were fund when the man went through a security checkpoint on Saturday. [WTOP]

When fiction, fact and fantasy collide — Five regional artists are teaming together to present the exhibition “Building World” at the Greater Reston Arts Center. The exhibition ends on September 13. [The Connection]

Two bold black and white chalkboards are up at Lake Anne Plaza, challenging passers-by to write down what they wish to do or achieve before they die.

The community project was started by artist Candy Chang in New Orleans. Chang created the project to examine the way “the wall of our cities can help us grapple with death and meaning as a community today.” After undergoing grief and depression following the loss of a loved one, Chang covered a crumbling house in her neighborhood in New Orleans with chalkboard paint and stenciled the prompt, “Before I die I want to.” Since then Before I Die walls have popped up in more than 70 countries, including China, Brazil, Kazakhstan and South Africa.

So far, the display in Reston includes wishes and goals like building a business, climbing a mountain and adventuring all over. It will be on display until September 10. 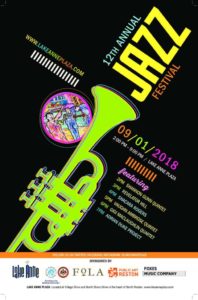 Lake Anne Plaza will once again be lit up with an influx of jazz and blues tunes on September 1.

The 12th annual Lake Anne Jazz and Blues Festival will take place at Lake Anne Plaza from 2-9 p.m. The event is free and open for all ages.

The New Line Brass Band will perform on August 30 at 7 p.m. for an unofficial kick off of the festival.

This year’s lineup includes the following: 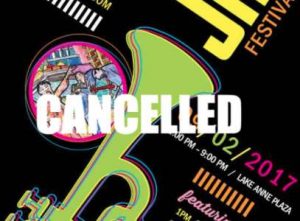 The Lake Anne Jazz & Blues Festival has gone off for 10 years without a hitch, but the 11th time isn’t so lucky.

Lake Anne Plaza has announced that the festival, which was scheduled for Saturday from 1-9 p.m., is being canceled due to rain in the forecast.

JAZZ FESTIVAL CANCELLED TOMORROW: Due to declining weather conditions we’ve made the very painful decision to cancel the Jazz & Blues Festival for 2017. This has been a tough decision to arrive at but in the end we think this is the best thing to do. We did look at the possibility of shifting the event to Sunday but the logistics of that are not surmountable both in terms of permit limitations, (ABC Licenses, County Permits, Fire Marshall, etc.) equipment rental and musician schedules.

This is only the 1st time in 11 years that we’ve actually canceled the festival so the Labor Day weekend has been good to us. I know we’re all disappointed. Thank you for your support- we’ll look forward to the planning of the 2018 festival. 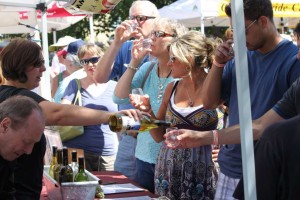 It’s the end-of-summer party known as Labor Day Weekend. Over the next three-plus days, there will be plenty of chances to get out and give summer its well-deserved sendoff.

There are several marquee events in the area this weekend, beginning with the kickoff of the JamBrew series tonight in Herndon. Aslin Beer Co. will be pouring frosty mugs, Weird Brothers Coffee will be offering tasty drinks, Lake Anne Brew House/Nordic Knot Pretzels “will be vending fresh baked soft pretzels to the masses,” and there will be much more. Live music will be offered from DJ Cihad, Todd Wright and Tammy Gann, and Turtle Recall. The free event is slated for 6-10 p.m. at the Herndon Town Green (777 Lynn St.).

(Lake Anne Plaza’s Jazz & Blues Festival has been canceled due to rain in the forecast.)

On Monday in Herndon, the town’s annual Labor Day Festival will feature Virginia wine tastings, craft beers, live music, a craft show, food vendors, lawn games and more. Eight craft brewers will offer tastings, and eight wineries are participating as well. There will also be live music throughout the event and much more. Admission for those participating in sampling wine and beer will be $20, which includes a glass for wine and three complimentary beer tastings. Anyone who won’t be purchasing alcoholic beverages will be admitted for $5, and children 12 and under will be admitted free. The event is slated for 11 a.m. to 5 p.m. at the Herndon Town Green (777 Lynn St.).

The weekend weather forecast calls for a chance of rain Saturday, a partly sunny day Sunday and then a gorgeous Labor Day holiday. Get out there and make the most of it!

Listed below are some other events that will also be taking place this holiday weekend. 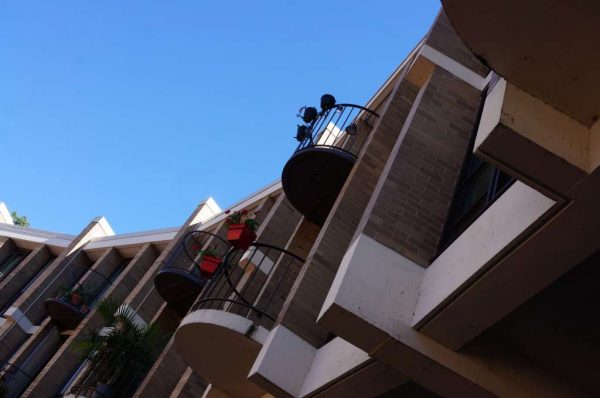 Yoga at Reston Station Tonight — Beloved Yoga will host Yoga on the Plaza tonight from 6:30-7:30 p.m. at Reston Station, outside the Wiehle-Reston East Metro station. Parking validation for the free event will be provided through ParkX. [Reston Station] 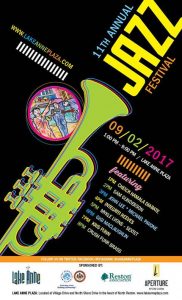 This Labor Day Weekend, Lake Anne Plaza will once again be infiltrated by an influx of jazz and blues tunes.

The free event is slated for 1-9 p.m. and will be held rain or shine. For updates, follow Lake Anne Plaza’s Facebook page.

There will be an unofficial kickoff to the festival Thursday, Aug. 31 during the plaza’s “Take A Break” concert series. Uptown Vocal Jazz Quartet will perform during that event. 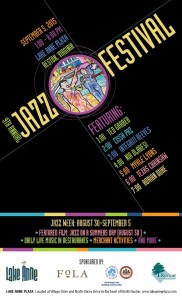 Lake Anne Plaza, the site of a Jazz & Blues Festival for the last nine years, will now have an entire week devoted to the genre.

Lake Anne Jazz Week (Aug. 30 to Sept. 5) will feature a variety of jazz-themed events, including  live music, merchant activities, an outdoor movie and, of course, the Jazz & Blues Festival.

The Jazz & Blues Festival is a free, family friendly, all-day event on Sept. 5 from 1 to 8 p.m. It will showcase a variety of talented regional and national jazz & blues artists.

Here’s what the rest of Jazz Week will include:

Adrian Duke is this year’s headliner. Duke leads the New Orleans sounds of the Adrian Duke Project. Although he has found a home as a Blues artist, by blurring the lines between Blues, Funk, R&B, and Jazz, he has found critical acclaim, audience acceptance, and artistic peer recognition.

The festival is sponsored by Lane Anne Merchants, Friends of Lake Anne, the Reston Community Center, and Reston Association. For the full schedule of events/times, visit www.lakeanneplaza.com.