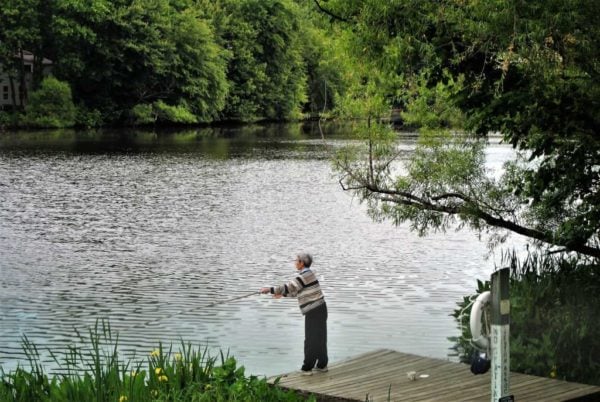 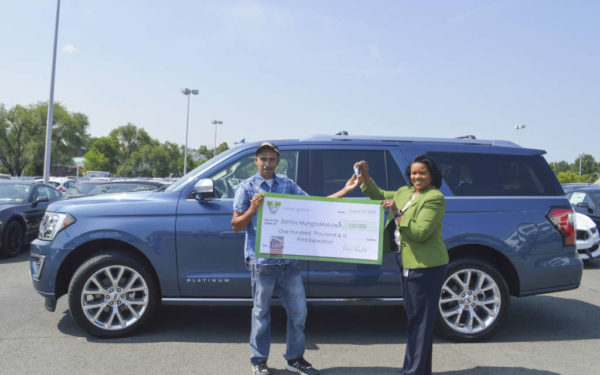 A Herndon man scratched to win the top prize in the Virginia Lottery’s Ford Expedition Plus $100K game.

Santos Matute walked away with $100,000 in cash and a new Ford on August 10. Matute received the keys to his new car at Koons Sterling Ford in Sterling.

His winning ticket was bought at Fresh World in Herndon (1070 Elden Street).

The contest is run through the Virginia Lottery, with prizes ranging from $5 to $100,000. According to a release by the Virginia lottery, Matute is the first person to scratch and win a car and $100,000 in cash.

No one won Friday’s drawing for the Mega Millions Lottery, pushing the prize in the multi-state lottery to at least $550 million for Tuesday’s drawing, said lottery officials.

That’s a lot of cash. The jackpot has rolled over 21 times since the last big winner in October. It will be the second-largest Mega Millions jackpot in history and the fourth-largest jackpot among any United States lotteries. The current record jackpot is $656 million, shared by players in Illinois, Kansas and Maryland on March 30, 2012.

Mega Millions was revamped in October in order to grow bigger jackpots in a shorter amount of time. That also decreased the odds

A major game revamp to Mega Millions in October – aimed at growing bigger jackpots in a shorter amount of time – also decreased the odds of a person winning the top prize to about 1 in 259 million. It was previously about 1 in 176 million, nearly the same odds as winning the Powerball jackpot.

But tickets only cost, $1. Small price to dream big.