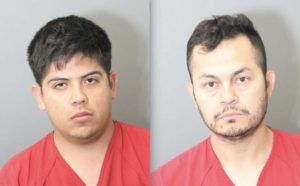 A Herndon man pleaded guilty on Friday to running a prostitution ring with a man from Sterling.

After a nearly year-long investigation, 32-year-old Luis Bonilla-Hernandez of Sterling and 23-year-old Eliazar Duran Mota of Herndon were charged in July with two counts of felony receiving money from earnings of a female prostitute and two misdemeanor counts of using vehicles to promote prostitution, Reston Now previously reported.

The two men, who ran the prostitution business out of their homes, picked up women each week from Union Station before transporting them around northern Virginia to commercial sex customers — charging between $30 and $40 each for dozens of “commercial sex transactions,” according to the U.S. Attorney for the Eastern District of Virginia.

“The defendants would advertise the women with business cards purporting to be tied to an automobile shop, and they would tell Hispanic patrons via word of mouth that the cards related to prostitution,” according to the U.S. Attorney for the Eastern District of Virginia.

Police found evidence of prostitution and over $14,000 in cash when they searched Bonilla-Hernandez’s house.

Duran Mota and Bonilla-Hernandez both pleaded guilty in connection to the prostitution of five adults and to one count of interstate travel or transportation in aid of a racketeering enterprise.

They each face up to five years in prison. Their sentencing is set for April 12.

More from the office of the U.S. Attorney for the Eastern District of Virginia:

Two men pleaded guilty today to running a prostitution business that catered to the Hispanic population in northern Virginia over the past three years.

According to court documents, Luis Bonilla-Hernandez, 32, of Sterling, and Eliazar Duran Mota, 23, of Herndon, ran the prostitution business out of their homes. Each week, the defendants would obtain a woman to work in prostitution for a week at a time. The women, known as “Treinteras,” would travel by bus to Union Station in Washington, D.C. from states such as Pennsylvania and New York. The defendants then picked up the women from Union Station and transported them throughout northern Virginia to commercial sex customers. The defendants would advertise the women with business cards purporting to be tied to an automobile shop, and they would tell Hispanic patrons via word of mouth that the cards related to prostitution.

The women performed over a dozen commercial sex transactions each day, charging between $30 and $40 each time. After the prostitution dates, the women were required to turn all of their money over to the defendants, with a portion of the proceeds returned to the women at the end of the week. After a woman worked for a week, the defendants would switch out their “inventory” by obtaining a new woman from Union Station to work in prostitution throughout northern Virginia.

When law enforcement executed a search warrant on Bonilla Hernandez’s house, they recovered evidence of prostitution and over $14,000 in cash. Both defendants pleaded guilty in connection with the prostitution of five adult victims.

Bonilla-Hernandez and Duran Mota pleaded guilty to one count of interstate travel or transportation in aid of a racketeering enterprise. The defendants each face a maximum of five years in prison when sentenced on April 12, 2019. Actual sentences for federal crimes are typically less than the maximum penalties. A federal district court judge will determine any sentence after taking into account the U.S. Sentencing Guidelines and other statutory factors. 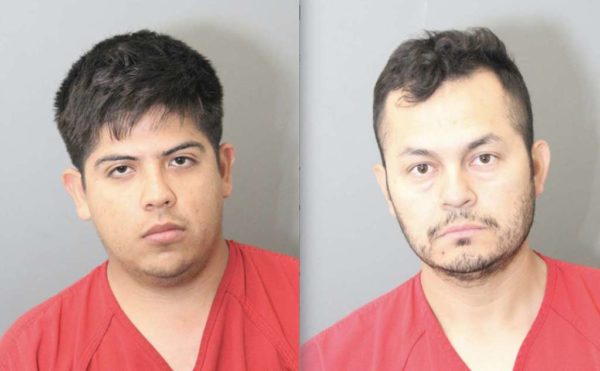 A Herndon man was arrested in connection with a suspected prostitution ring operating out of a Sterling home.

According to a release by the Loudoun County Sheriff’s Deputies office, Luis Bonilla-Hernandez, 32, of Sterling, and Eliazar Duran-Mota, 22, of Herndon, were charged on July 6 with two counts of felony receiving money from earnings of a female prostitute and two misdemeanor counts of using vehicles to promote prostitution.

The arrests came after a nearly yearlong investigation. Sheriff’s deputies received reports of a suspected prostitution ring operating in a home on the 600 block of W. Nettle Road in August 2017. Search warrants were obtained on Friday for the Sterling home and a home on Framingham Court in Herndon.

Local law enforcement officials believe adult females traveled from other states to meet Bonilla-Hernandez and Duran-Mota in Maryland. The men then took the women to different locations in Loudoun County, according to the release.

Both men were released from the Loudoun County Adult Detention Center on a $7,500 secured bond.

The investigation was conducted by the LCSO, the Fairfax County Police Department and the FBI’s child exploitation and human trafficking task force. 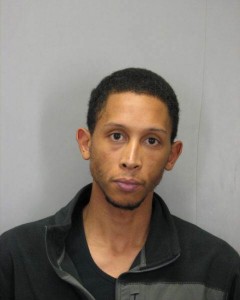 An alleged Reston prostitution ring run by a man using the alias “Ron Burgundy,” was broken up by Fairfax County Police this week, police said.

Detectives from the FCPD Street Crimes Unit received information regarding a tip in December 2015 that there was an alleged prostitution ring operating in the Reston area.

After a comprehensive investigation, detectives learned than an unknown person was using the alias of “Ron Burgundy” and operating a “sex club” out of an apartment on Northgate Square in Reston.

Ron Burgundy is the name of actor Will Farrell’s character in the Anchorman movies.

Police said “Ron Burgundy” was advertising online and charging a fee to engage in various sexual acts with a prostitute.

The FCPD Street Crimes Unit executed a search warrant at 1411 Northgate Square on Monday. Police arrested Michael Tillman, 33 (who used the Ron Burgundy name) and charged him with pandering and maintaining a bawdy house.

Another person in the home, Jill Faustin, 26, was also arrested and charged with prostitution and frequenting a bawdy house.