For one night this fall, Dr. Jeffrey Kretsch will get to bask in the spotlight as well as the starlight that more regularly illuminates his work at the Turner Farm Observatory Park in Great Falls.

Kretsch is one of three volunteers — and the only individual — who will be honored by the Fairfax County Park Authority with its 2021 Elly Doyle Park Service Awards, which recognize community members and organizations that contribute their time and expertise to support the county’s park system.

As a member of the Analemma Society, a nonprofit that promotes astronomy, Kretsch has logged more than 1,784 hours of volunteer service at Observatory Park since 2012, according to the park authority’s news release.

“I was surprised to hear of getting the award, and greatly appreciate the recognition,” Kretsch said in a statement to Reston Now. “I enjoy doing this, and get satisfaction helping bring our programs to the public. I work with a lot of volunteers and park staff who make this possible.”

The Analemma Society works with the park authority to host public, after-hours viewing sessions at Turner Farm’s roll-top observatory and classroom almost every Friday. The group also organizes special sessions for celestial events like the Perseid meteor shower that filled the sky earlier this month.

When the observatory shut down last year due to the COVID-19 pandemic, Kretsch helped the park authority pivot to virtual programming, including by leading lectures and encouraging other volunteers to follow suit.

According to the park authority, he also “spent considerable time” helping the park authority fill out an application to get Observatory Park designated as an International Dark Sky Place, a program that started in 2001 to recognize parks, communities, and other sites that preserve the night sky for scientific, natural, educational, or recreational purposes.

When Observatory Park reopened for the public viewing sessions on June 18, Kretsch could once again share his interest in stargazing and astronomy with other community members in person, rather than from behind a computer screen.

“Interacting with families and the kids is the best part,” he said. “I have been doing this awhile now, long enough that every once in a while an adult comes up to me and says they remember coming as a child and how it inspired them to go on. That is what is the most rewarding.”

The other recipients of this year’s Elly Doyle awards are:

Established on Dec. 20, 1988, the awards are named after former Park Authority Board of Directors Chairman Elly Doyle for her “years of outstanding service toward the preservation of parkland and establishment of natural and recreational areas for the benefit of Fairfax County residents,” according to the FCPA news release.

This year’s winners will be recognized with a virtual ceremony in November. Their names will also be added to a bronze plaque at the Fairfax County Government Center.

Tonight will be Fairfax County residents’ first chance to observe the Perseid Meteor Shower with a free event at the Turner Farm Observatory Park in Great Falls.

Located at 925 Springvale Road, the Turner Farm Observatory will open for the public to view the shower today (Wednesday) from 9 p.m. to 1 a.m.

Peak viewing for the annual Perseid shower is tonight and tomorrow, according to the Analemma Society. The shower consists of debris and dust burning up in the Earth’s atmosphere after being left behind by the Comet Tuttle-Swift, which orbits the sun every 133 years and was last seen in 1992.

Anyone interested in attending the event is advised to bring lounge chairs and blankets to watch from the park grounds. The public is also encouraged to bring their own telescopes or binoculars to observe the night sky.

The event is a part of a cooperative effort between the Fairfax County Park Authority and the Analemma Society to provide celestial observing sessions at the observatory.

After being suspended last year due to the COVID-19 pandemic, Turner Farm’s regular observation sessions returned on June 18, allowing members of the public to study the night sky every Friday from 8:30 to 10:30 p.m., weather permitting.

“Interest in astronomy has not waned during COVID. Sky watching is a great COVID-friendly activity,” said Judith Pederson, a public information officer for the Fairfax County Park Authority.

“Since we resumed our programs and public viewing sessions, classes have been filling up and we have seen an average of 40 people per session on clear Friday nights. What’s great about meteors is that they are best viewed with the naked eye and no telescope is needed. It’s a great family activity as well.”

She added that Park Authority naturalists expect “excellent viewing conditions” for the Perseid shower this year due to the moon’s thin crescent setting in the west shortly after sunset, which will make late night viewing in the eastern sky ideal.

The shower could produce as many as 100 meteors per hour.

Turner Farm also hosts a variety of in-person classes for anyone, ages 8 and older, interested in telescopes, astronomy, stargazing and more. There is an $8 enrollment fee for each class. Signups for classes are available on the Fairfax County Park Authority’s site. 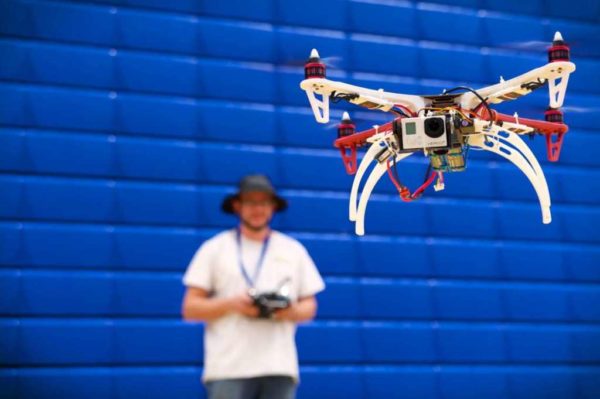 The kickoff celebration for the 2019 NoVa Maker Faire will take place next week in Reston, even though the event itself is set to take place elsewhere. 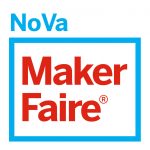 The annual event — now in its sixth year — gathers engineers, artists, scientists, crafters and more to show off their hobbies, experiments and projects.

The kickoff event will be at the Nova Labs “makerspace” at 1916 Isaac Newton Square next Wednesday (Jan. 23) from 7 p.m. to 9 p.m. Participants can watch presentations, get information about the Maker Faire and eat food.

The Maker Faire, which used to be held at South Lakes High School, found its new home at George Mason University in 2017.

The main event is slated to take place on June 2.

Former Vice President Al Gore entitled his book on climate change “An Inconvenient Truth.” Many years have passed, but the truth he put forth that the climate is changing and that human behavior is causing it may continue to be inconvenient for a few to acknowledge because of personal biases, ignorance or financial interests.

But climate change is even truer today than when Gore first focused public attention on it and its causes.

Over the last several weeks I have written three columns in this space on the findings of the Intergovernmental Panel on Climate Change brought together by the United Nations. It issued a report last month, written and edited by 91 scientists from 40 countries and based on a review of more than 6,000 scientific reports, predicting much more dire consequences of climate change much earlier than previously had been expected.

Some may see such predictions as inconvenient, but I and most of the world see them as “a warning too dire to ignore.”

Last week the federal government came forth with its National Climate Assessment publication of over 1,000 pages produced by 13 federal departments and agencies overseen by the U.S. Global Change Research Program. The researchers found that climate change “is transforming where and how we live and presents growing challenges to human health and quality of life, the economy, and the natural systems that support us.”

Most significant to this report that has been produced annually over the last four years is the conclusion that “humans must act aggressively to adapt to current impacts and mitigate future catastrophes to avoid substantial damages to the U.S. economy, environment, and human health and well-being over the coming decades.”

As clear as the evidence is about climate change and the near unanimous endorsement of it by climate scientists, the current federal executive branch continues to ignore this truth. Ideally, a national response to climate change could ensure the effectiveness of mitigation and other responses to our country and the globe. Since that seems unlikely in the next few years, state governments must step up. I share the concern that the pace of state action seems too slow, but progress is being made.

Last year in Virginia we moved forward with grid transformation that will allow consumers and utilities to have the information needed to make informed decisions on their electricity usage. The best way to eliminate the need for more electricity is to reduce demand even as the population grows and the economy expands. Since 2015 the solar capacity in Virginia has increased by more than 700 times to 825 megawatts — still a small number, but we are clearly on our way.

What was once described as an inconvenient truth is well documented for all but a few skeptics and is recognized as an emergency by most. I plan to maintain my 100 percent voting record with the League of Conservation Voters and my commitment to making Virginia a leader in ending the behaviors of people and companies that lead to climate change.

Heather Spence, a DC-based marine biologist, cellist and gamist will lead this month’s creative response at the Greater Reston Arts Center on Thursday (August 2) at 7 p.m.

Spence performs internationally as a soloist and with Arabic, Sephardic and world music ensembles. Locally, she has performed at George Washington University and has a Ph.D. in bio-acoustics from the City University of New York. She has also designed and taught courses on animal behavior, personality and motivation, and perception.

The Greater Reston Arts Center invites a creative professional to respond to work on view in the gallery one Thursday of each month. Spence will give a short presentation and lead an open conversation. The event, sponsored by Reston Community Center, is free and open to the public.