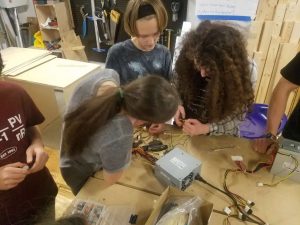 Ideaventions Academy for Mathematics and Science, a Reston-based school for gifted children between  grades 4 and 12, received an award recognizing the school’s emphasis on Science, Technology, Engineering and Mathematics.

The school is the first in Virginia to receive the certification, called AdvancED STEM, from AdvancedED, a non-profit, non-partisan organization that involves educational professionals around the world. 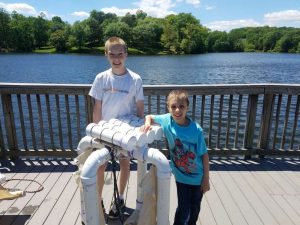 School officials said the certification demonstrates the school’s commitment to preparing students for future opportunities. In order to earn the certification, the school had to demonstrate it meets STEM standards across 11 indicators. The organization also interview stakeholders to verify the school’s commitment to connecting learning from the classroom to the local community and the world.

In a statement, Ryan Heitz, head of school, said the certification was a boost for the independent school:

This certification is a reflection of Ideaventions Academy’s commitment to preparing students for top colleges and universities and to becoming the leaders of tomorrow. In this age of tremendous technological revolution, struggling educational systems, and changing workforce needs, the STEM certification acknowledges us as an international model for preparing students for the future with real-world skills and experiences to succeed. It also signals the private-sector that we are committed to exceptional levels of student ability and achievement for their STEM pipeline.

Ideaventions Academy is located on 12340 Pinecrest Road. The academy has small class sizes of 10 students per class or less. To learn more about the certification, email [email protected] 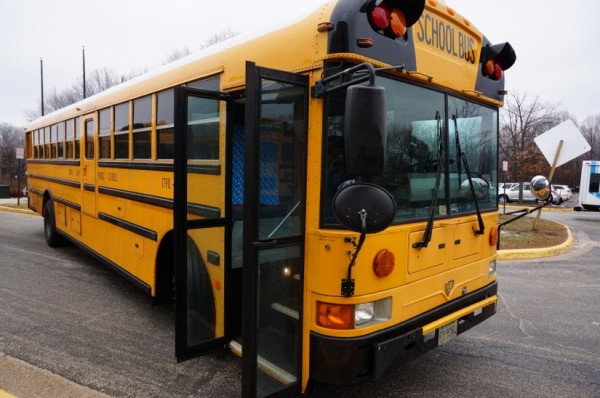 Last Day of School — Today is the final day of the 2016-17 Fairfax County Public Schools year. Congratulations to all the students and enjoy your time off!

Fourth of July Schedule in Herndon — It’s only a couple weeks away. Get ready for the July 4 celebration in Herndon, which will take place at the Herndon Community Center and will culminate with fireworks choreographed to music. [Town of Herndon]

SLHS Students Get Arduino Kits — STEM Engineering students at the school recently received Arduino kits. An Arduino consists of a physical programmable circuit board and a piece of software that is used to write and upload computer code. The kits were funded by a $4,000 grant from AIS Inc. [Fairfax County Public Schools]

‘Field Guide’ to Ticks — Fairfax County has provided a list of need-to-know information about ticks, which have been out with great force this season. [Fairfax County]

Metro Work in Evening Hours — After 10 p.m. tonight, Saturday and Sunday, the Silver Line will only run from Wiehle-Reston East to Ballston. This is due to work on the Orange and Silver lines. [WTOP]

The Children’s Science Center, a nonprofit that has been operating as a museum without walls for several years, has announced it will open two permanent Northern Virginia locations.

The group plans a 5,400-square-foot site at Fair Oaks Mall, in Fairfax, to be followed by a 53,000-square-foot children’s science center in the Kincora development in Loudoun County.

“We are putting a stake in the ground…actually two!” she said in a statement. “After many years of searching for a suitable home, we have achieved our long-time goal to be located within the Dulles region, where families and high-tech industry partners are plentiful, and where we can offer a regional resource serving multiple jurisdictions in Northern Virginia and beyond.”

In 2013, the Children’s Science Center’s Museum Without Walls served nearly 15,000 visitors at over 60 venues, including  schools, libraries and museums.

The Fair Oaks location, called The Lab, is slated to open in 2015. It will include Exploration Stations, an Experiment Bar, a Tinkering Studio, and Budding Scientist areas for toddler/preschool visitors.

The full-scale museum in Loudoun is slated to open in 2019. Developer Kincora is donating space for the $40 million museum to be located in a mixed-use development at the intersection of Routes 28 and 7 near Dulles.

In April, the Loudoun County Board of Supervisors authorized a $250,000 grant for the Children’s Science Center to support the construction and first operating years of the full-scale museum. The museum hopes to partner with local tech companies and governments in the future.