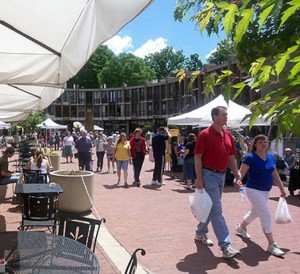 More Market – There may be a chill in the air, but the Saturday market at Lake Anne Plaza will keep on going.  The Reston Farmers Market becomes the Fall Farmers Market starting Nov 9 and continuing until Dec. 21.

More than 16 farmers and  speciality food vendors will be on site, including Uncle Fred’s BBQ Smoke Shack.  Fall Market hours will be 9 a.m. to 1 p.m. Saturdays through Dec. 21.

Has Ken Cuccinelli blown the Virginia governor’s race? The Washington Post thinks so. Read their analysis.[Washington Post]. Meanwhile, the Republican candidate was in Fairfax on Monday [Fairfax City Patch].

Election Update – Will Fairfax County have its first female sheriff soon? Catch up on the Sheriff’s race. [Washington Post].