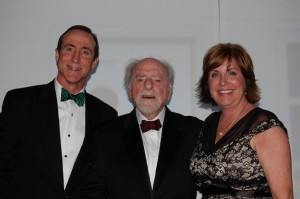 Do you know someone who is the “Best of Reston?” Then nominate them for this year’s Best of Reston Awards. Nominations are due by Nov. 13.

The Best of Reston is a collaboration between the Greater Reston Chamber of Commerce and Cornerstones (formerly Reston Interfaith) to honor businesses, organizations, and individuals who have put forth excellent effort toward service in the community.

Nomination forms can be found online at www.cornerstonesva.org or www.restonchamber.org.

The 23rd annual award ceremony is being co-chaired by Robert E. Simon, Reston’s founder who will  celebrate his 100th birthday in April. The 2014 awards mark several important milestones — Simon’s 100th birthday, Reston’s 50th anniversary and the Best of Reston campaign goal of helping Cornerstones double its stock of affordable housing in the area.

The Best of Reston Awards Gala will be held on April 10  at the Hyatt Regency Reston. Proceeds from Best of Reston support Cornerstones’ affordable housing initiatives.