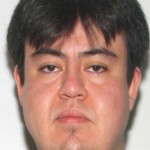 A Reston man was sentenced on Friday to 16 years in prison for child pornography and failure to appear in court.

In 2011, Calderon Velasquez persuaded and enticed another 14-year-old girl in Arizona to engage in sexually explicit conduct for the purposes of producing video recordings, which the defendant then stored on his laptop computer, authorities said.

Calderon Velasquez was scheduled to plead guilty to production of child pornography on May 24.  On the morning of his guilty plea hearing, he fled. He was captured June 7 in Texas.