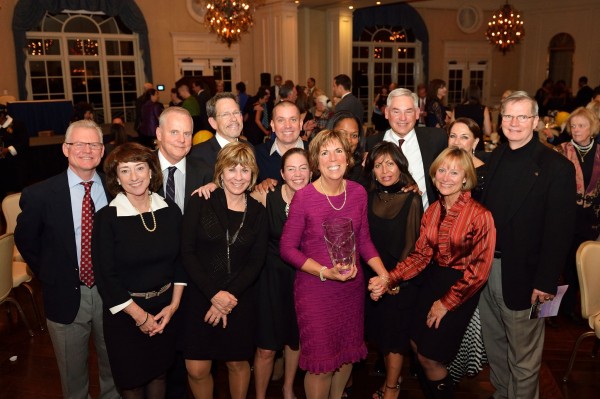 Reston Tennis Manager Mary Conaway was inducted into the Mid-Atlantic Tennis Hall of Fame at a reception in Arlington on Saturday.

The Mid-Atlantic Tennis and Education Foundation says it chose Conaway because she is “a leader who has promoted the growth of tennis in our communities.”

Conaway has been involved in Reston tennis since 1987. She became a certified PTR instructor in 1998 and currently serves as tennis manager for RA.

Conaway manages Reston’s USTA Pathway programs, working with three-year-olds to adults and seniors. In 2000, Conaway was chairperson of the Virginia District Junior Recreation Committee, and was selected as Virginia District Program Promoter of the Year.